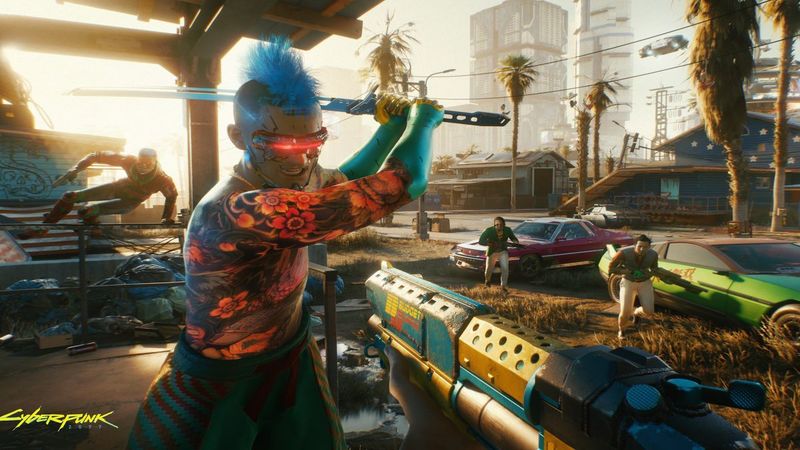 5
Developer CD Projekt Red has recently revealed that any new content for Cyberpunk 2077 that was previously slated to launch this year, whether it be in the form of free updates or DLC, has all now been delayed into 2022. Within recent weeks, CD Projekt Red announced that the free next-gen upgrade for those on PlayStation and Xbox had been pushed back into next year as well. Now, seems as though the game as a whole isn't going to get any new updates of any sort for the remainder of 2021.

News on these new delays with Cyberpunk 2077 come directly from the game's official website where CD Projekt Red recently updated the future roadmap for the project. According to said roadmap, update version 1.31, which was released a little over a month ago, is slated to be the last patch that will come to the game within this calendar year. As such, all future "updates, improvements, and free DLCs" are now not going to come about until the first quarter of 2022.

As a whole, it has been a turbulent year at CD Projekt Red which is likely why many of these delays for Cyberpunk 2077 continue to occur. Not only has the studio been working quite hard to improve Cyberpunk 2077 since its tumultuous launch at the end of last year, but it's also been doing so while working through the ongoing pandemic. To make this situation even more difficult, CDPR also fell prey to a hacking attempt in the early portion of 2021 which led to the source code from The Witcher 3 and Cyberpunk 2077 falling into the hands of said hackers. Those at CD Projekt Red publicly responded to the and acknowledged that it caused some turmoil internally.