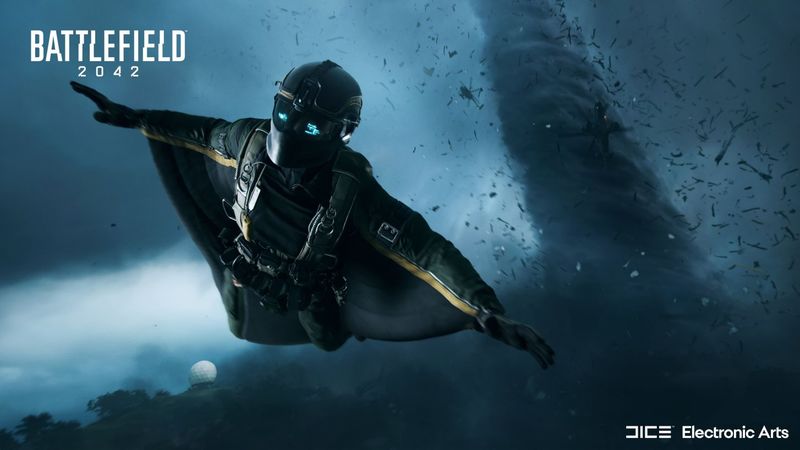 3.5
Battlefield 2042 gameplay has already been shared several times in the past including some looks at Specialists, the Orbital map, and more. This week, Electronic Arts showed off some more of the launch maps players will start off with when the new Battlefield game launches next month. Renewal, Breakaway and Discarded are the three maps that were featured this week with brief gameplay segments showing the interiors and exteriors of these vast maps.

These three maps were already revealed previously, so while they aren't new themselves, the gameplay featuring each of them is. They take place in distinctly different settings from one another and have their own unique features such as the fires of Breakaway and the storms of Discarded.

Additional information on each of the maps including the real-world locations where they're supposed to be located and details on map-exclusive features can be seen below.


"Along a strategic section of India's west coast, colossal ships stranded on the beach are being stripped for parts. Fight among the hulls of these behemoths while adapting to deadly storms."


"Tread carefully on this dynamic map, where oil extraction has turned the freezing area to a strategic hot spot. Take advantage of destructible fuel tanks and silos that create debris fields and permanent fires when destroyed."


"A giant wall, built to secure rich, man-made agricultural areas, takes center stage on this intense map. Prepare for the extreme conditions, deploy, and secure the access points and massive gates in the wall."

As we saw from the gameplay preview video found at the top of the story, each map has its own unique qualities such as the twister on Orbital that picks players and other objects up in its winds. These big maps are all designed to be different from one another, EA said, with plenty of space for players to work with.

"The maps in Battlefield 2042 allow for all-new gameplay experiences, with unprecedented scale and choices in gameplay," EA said about the maps. "With the introduction of 128 players, each map is specifically designed to provide a unique experience that directly impacts strategy for you and your squad. Battlefields have multiple distinct combat areas housed in a single playspace and this extra space means more variety and more meaningful vehicle gameplay."

While the maps will indeed support 128 players on the newer consoles and on PC, it's worth remembering the PlayStation 4 and Xbox One versions will only support 64 players.