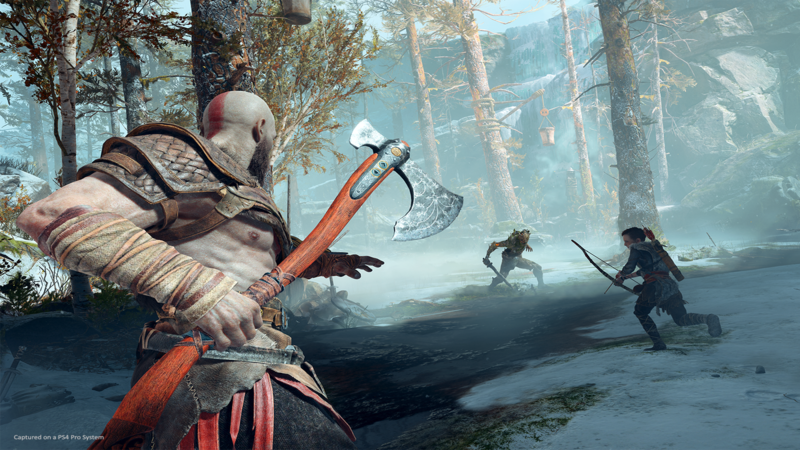 4
God of War’s PC port is being developed by Canadian studio Jetpack Interactive, it’s been confirmed.

Jetpack is a port house and support studio which has worked on Plants vs. Zombies: Garden Warfare II, Dark Souls PC and various NBA Live games.

Curiously, one Jetpack Interactive programmer lists God of War’s sequel, Ragnarok, as a project he’s working on. This could be a mistake or perhaps related to the ongoing work on the PlayStation console versions.

However, PlayStation boss Jim Ryan has recently expressed the desire to reach a larger audience with its games.

Speaking in a keynote during GI Live: London, the PlayStation boss said he aspired to reach hundreds of millions of players and rival the reach of movies and music.

“I hope that PlayStation 5, and I really believe the PlayStation 5 will be Sony’s biggest and best and most loved PlayStation yet. I hope that will happen,” Ryan said when asked about his hopes for the future.

In the past year, it has softened its approach to PC, with some notable games having already been released on PC and more planned, but it’s also heavily suggested this will be limited to back catalogue titles.

Sony Interactive Entertainment has confirmed plans to release God of War for PC on January 14, 2022.

“You’ll be able to enjoy the full potential of our cinematic, no-cut camera as it follows Kratos and Atreus across the realms with the option of true 4k resolution, on supported devices, and unlocked framerates,” Grace Orlady, senior community manager at developer Santa Monica Studio, told the PlayStation Blog.