4.3
Online services for a number of legacy Halo games will be discontinued in January 2022, 343 Industries has confirmed.

It was originally announced that various online services for Xbox 360 Halo games would be closed in December 2021, but a revised shutdown date of January 13, 2022 has now been confirmed via Halo Waypoint.

“Every cycle spent maintaining and supporting Xbox 360 legacy services is time and energy not spent on the future of Halo,” developer 343 Industries said.

“Owners of these titles will still be able to play these games indefinitely, however, certain online features and experiences, particularly online matchmaking, will be limited or disabled.” 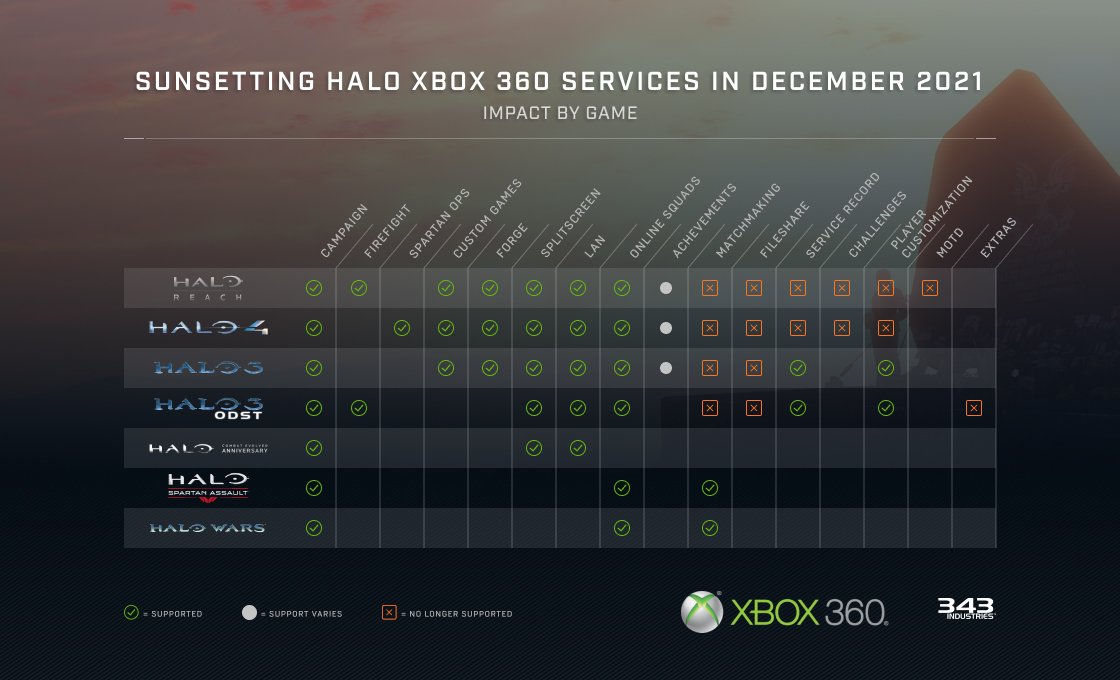 Having originally been scheduled for release in November 2020 as an Xbox Series X/S launch title, Halo Infinite will now be released for consoles and PC on December 8, 2021.

While the campaign and multiplayer will be released this holiday, the game won’t be launching as the complete package previously expected. In August, 343 Industries confirmed it had delayed two Halo Infinite launch modes to next year in order to make the game’s 2021 release.

Head of creative Joseph Staten revealed in a development update that 343 was planning to release campaign co-op in Infinite’s second post-launch season, which will start around three months after launch, and Forge in Season 3, which is planned for around six months after launch.

Staten also confirmed that split-screen multiplayer would be held back on PC until post launch due to technical challenges.

How dare they do this to those who play this game onwith the xbox360?!!

this is very sad, idk why they would do this to us!

okay so not too long ago, legit like within weeks I was able to check the stats for H3 on my og account, or reach. Tried to check it today sht says I havnt played anything and all my ranks and stuff is gone lol. Im hella sad bad tbh :/ as I no longer have access to that account.