3.8
Hot Wheels Unleashed was a surprise that many found to be quite an enjoyable arcade racing game when it was released last month. It’s a racing game that offered a variety of different vehicles and beautiful stages for players to try out. For fans that enjoyed what Hot Wheels Unleashed’s base game had to offer, they’ll be happy to know that many more cars and tracks are planned for the future, with some now available.

The James Bond car, the Aston Martin DB5 1963 will also be available for users to purchase separately if they don’t want to invest in the entire Hot Wheels Pass. Owners of the Hot Wheels Unleased pass will also be able to download a car from Street Fighter and Superman. The pass also gives users a new track building module and customization pack. 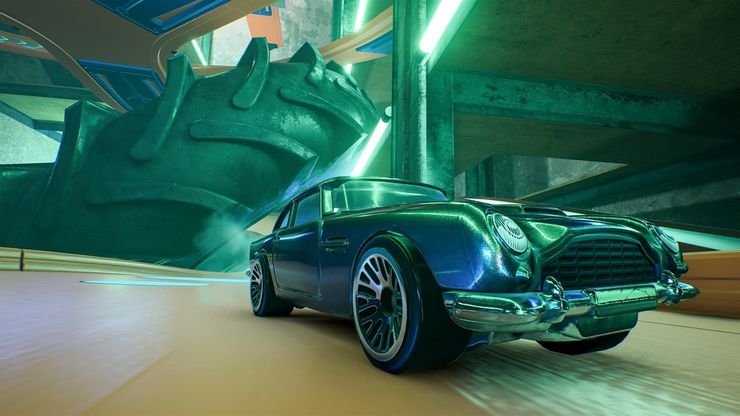 The Aston Martin DB5 1963 stands out in particular of course, as it’s James Bond’s iconic vehicle and was most likely included because the new James Bond film, No Time to Die, was just recently released. Fans that don’t care for James Bond still have a cool car to drive alongside the large Street Fighter truck and slimmer Superman vehicle, with more vehicles coming out in November and December. Although the Street Fighter truck is larger, the new cars have a shot at becoming some of the best cars to use in Hot Wheels Unleashed.

The addition of James Bond’s car in Hot Wheels Unleashed is a really cool addition for fans of the movie franchise. Additionally, it hints at the possibility that there will be other potential movie collaborations with Hot Wheels Unleashed. It’s an exciting idea and can open the door for many cool designs in the game.

Although larger cars in Hot Wheels Unleased are generally not great, cars like the Street Fighter truck are sure to used by fans of the series. Although these cars do need to be purchased in order to be used, those that are only looking for certain vehicles or customization options will be happy to know that they’re relatively cheap when bought individually. Hopefully, though, more free updates become available in the future.

I think it's really cool that they're adding James Bond car.