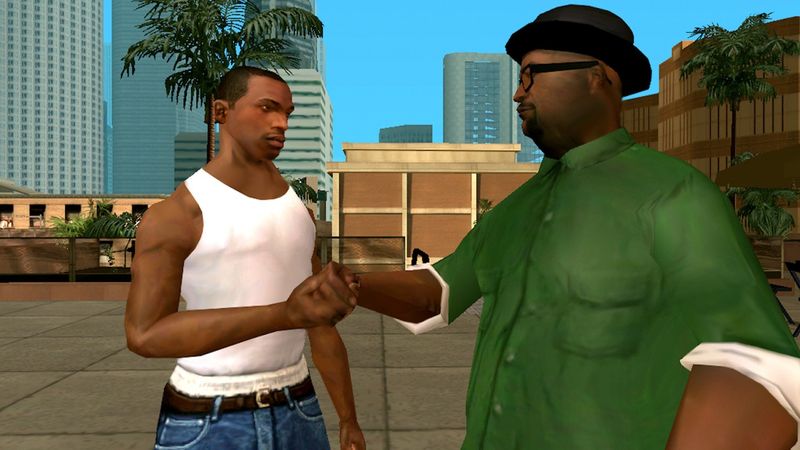 3.3
The remastered version of GTA: San Andreas is heading to Xbox Game Pass alongside the release of the GTA Trilogy.

In a post confirming the GTA Trilogy release date, Rockstar also revealed that "players will also be able to experience Grand Theft Auto: San Andreas - The Definitive Edition with Xbox Game Pass starting November 11" via a new newswire post. That's the same day as digital editions of the trilogy will drop, although physical versions will launch a little later, on December 7, the same date when the GTA 3 remaster will be heading to PS Now.

That's good news for those uncertain as to how the remastered games will hold up after more than 20 years, as subscribers to either of those services will be able to pick up at least one third of the trilogy at no extra cost.

That said, they're already looking pretty good - the GTA Trilogy trailer offers a peek at some seriously scrubbed-up visuals, and Rockstar says there's a "completely rebuilt lighting system" as well as improved shadows and weather, upgraded character and vehicle models, and higher-resolution textures across much of the world. That's all wrapped up with better draw distances and new foliage, so even if the remasters aren't exactly GTA 6, they're still a major improvement on the originals.

Gameplay-wise, there are also control upgrades, updated mini-maps that let players set waypoints to their destinations, and even gyro aiming and touch-screen camera controls on the Nintendo Switch version.

Game Pass is only getting San Andreas just as PS Now will only be getting GTA 3 Edition a month later.