4.5
The October 2021 system update for Xbox consoles is rolling out to all users today.

The main feature in the latest update is one that members of the Xbox Insiders programme have been testing since August – the ability to render the dashboard at 4K resolution on Series X consoles.

Prior to the update, Xbox Series X consoles had been rendering the dashboard and other UI elements at 1080p and upscaling them to 4K.

“We know players with an eye for detail and an appreciation for 4K wanted a crisp experience even when navigating the dashboard,” Xbox states in a new blog post.

“We’re excited to share that starting today, players with an Xbox Series X connected to a 4K display will see the dashboard natively rendered in 4K.”

As a result of the update the Home screen, My Games & Apps screen, Guide, game art and buttons will all be sharper and have improved text readability.

Another new feature added in the latest update is Xbox Night Mode, which is a suite of settings that adjusts light sources to keep rooms dark at night or help gamers who are sensitive to light. 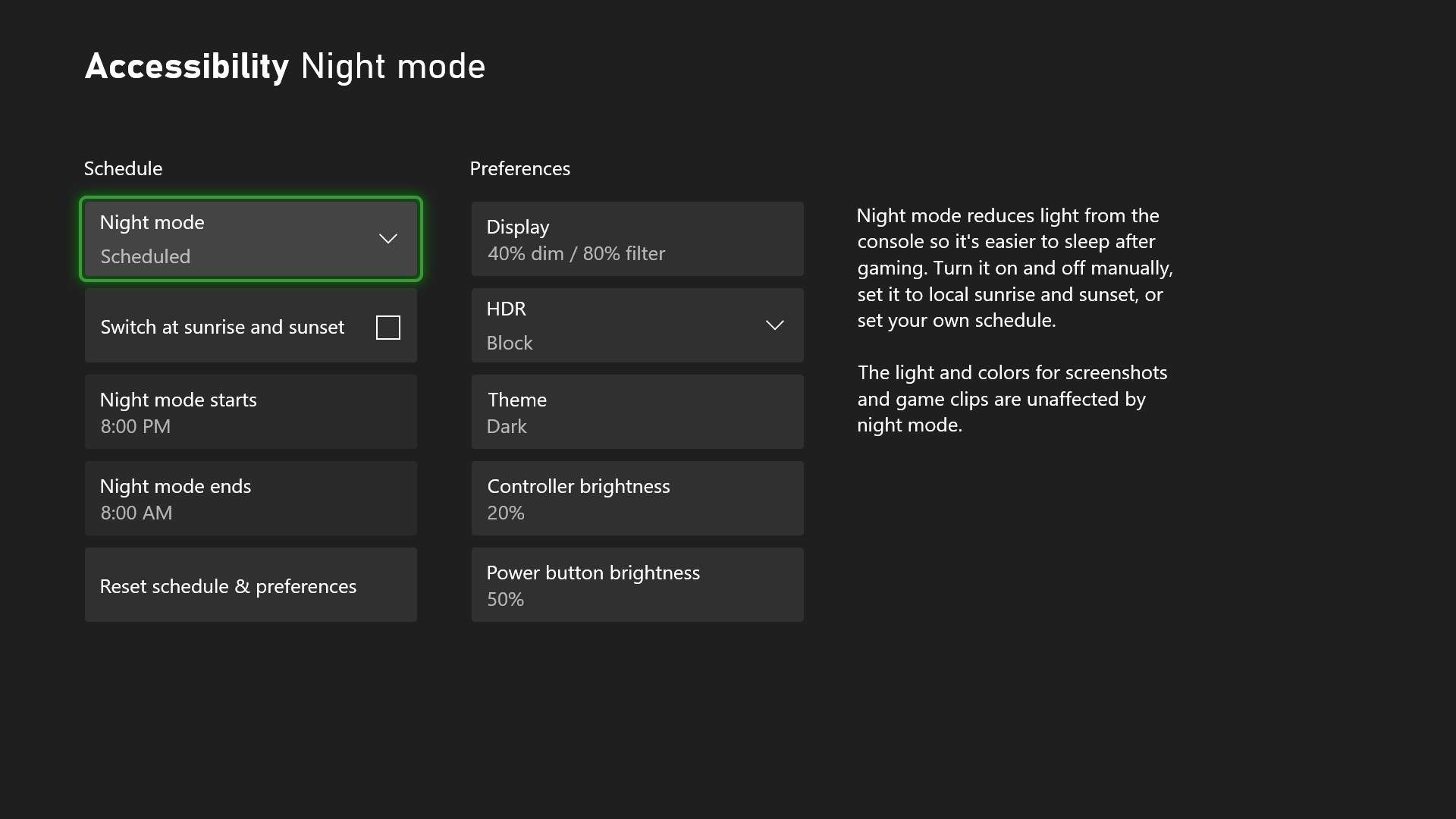 Users can make the display dimmer, or dim the white power light on the console and controller, in case it’s a distraction (while watching movies in the dark, for example).

They can also create a night mode schedule to set when night mode turns on and off.

Finally, a new Quick Settings option has been added to the Xbox Guide, which lets players quickly switch specific features on or off, making it easier to change settings for families who may have different accessibility needs.