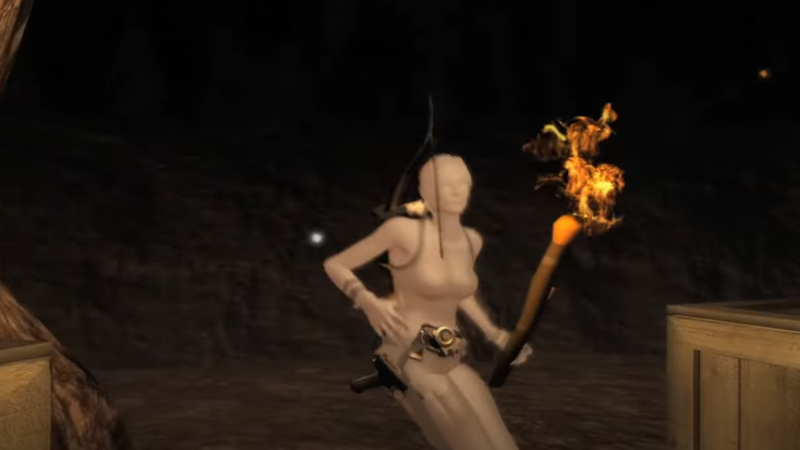 3.7
Hardcore Tomb Raider fans already know that the reboot we got in 2013 originally took a much different form – a blend of Shadow of the Colossus, Ico, and Resident Evil originally titled Tomb Raider: Ascension. Info and bits of footage from Ascension have made their way to the internet over the years, and now the devs have officially released quite a bit of high-quality prototype gameplay, so we can see what might have been.

The roots of Tomb Raider 2013 are clearly here, as we see Lara making her way through a flooded cave, torch in hand, quite similar to the sequence that opens the reboot. And, of course, she’s got a bow. But the differences quickly become evident once we see more of the monsters she’s fighting.

The creatures are fairly upsetting-looking, with elongated forms and creepy teleporting abilities that would look at home in something like Silent Hill. See Lara in a mansion fighting off waves of zombies with a flamethrower. Then we get a bit of horseback riding as Lara escapes a giant monster and another horde of enemies, and a big boss fight in a swampland area.

A lot of these gameplay features were previously known, and bits of this footage had previously been available online, but this it’s still great to see it in higher quality from an easily accessible official source.

You can head over to the official Tomb Raider YouTube channel for a whole lot more early development footage of the games, released in celebration of the series’ 25th anniversary.

"Tomb Raider 2013 was originally a horror game – here’s what it looked" :: Login/Create an Account :: 2 comments