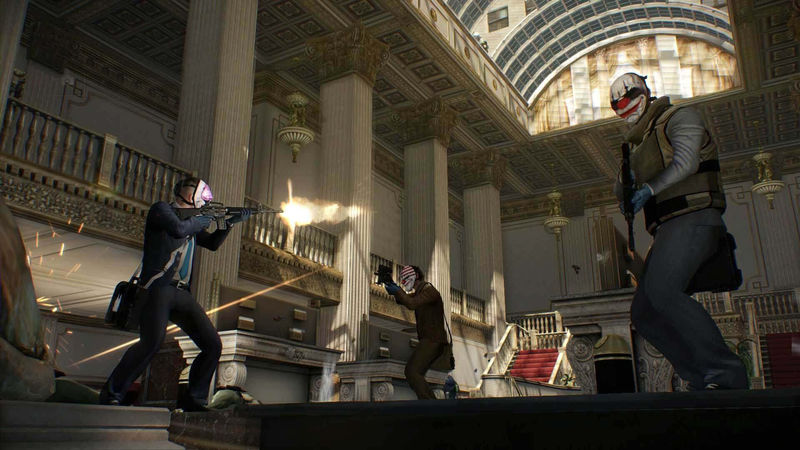 4
Starbreeze, which is the developer and publisher of the popular co-op shooter series Payday, has revealed that it will have more to say about the long-awaited third installment in the franchise later this month. While it's not currently known what these new details might actually look like, it seems like Starbreeze might be looking to finally give us a substantial look at the game as a way of celebrating the 10th anniversary of the series.

Detailed on Starbreeze's website today, the publisher revealed that it's planning a 10th anniversary event for the Payday franchise. This event will specifically culminate in a new four-episode video series that Starbreeze will be sharing to its YouTube channel as a way of looking at the history and future of Payday. "The series will take a look at the past, present, and ongoing legacy of the Payday franchise. In addition, Starbreeze will be sharing a few new details around Payday Crime War and Payday 3," Starbreeze explained. The first episode of this series has actually launched today, with new episodes continuing to roll out in the coming days.

Speaking more to Payday 3 specifically, Starbreeze CEO Tobias Sjögren said that the company remains very thankful for players who have continued to be excited about the project over the years. "Payday players and our community have stuck with us through thick and thin, and this anniversary is a great opportunity for us to look back at all we've achieved over the last decade, and more importantly, to dig into everything we've learned along the way, ensuring that Payday 3 (and beyond) are bigger and better than ever," he said.

For now, the one thing we know for certain about Payday 3 is that it's poised to launch at some point in 2023 across PlayStation, Xbox, and PC platforms.