EA’s FIFA dispute is reportedly over ‘demands for a doubled $2.5bn fee 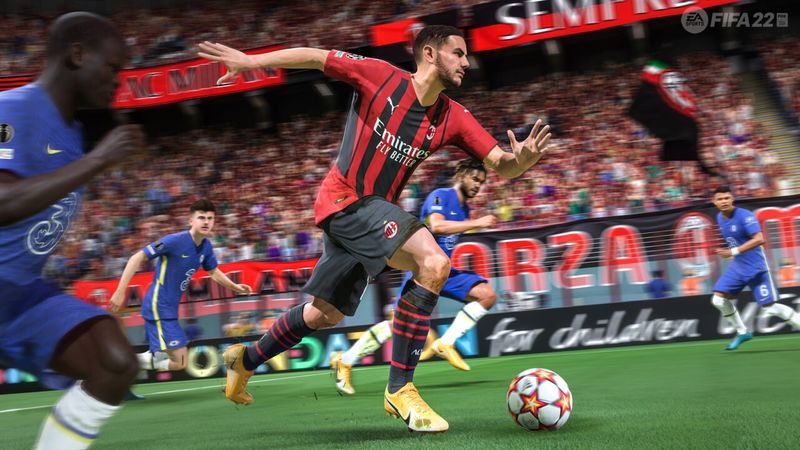 4
EA is reportedly considering walking away from the FIFA license due to the body’s demands for around $2.5 billion over the next decade.

That’s according to a new report from the New York Times, which cites people close to negotiations who claim that the footballing body is asking EA to more than double what it paid previously for the FIFA naming rights.

The publication reports that “at least two years of talks” about renewing the contract that allows EA to use the organization’s name “hit the wall” after FIFA asked for $1 billion for each four-year World Cup cycle.

FIFA, the governing body that controls world football, is also said to be keen to limit the extent of EA’s rights, while the games publisher reportedly wants to explore “highlights of actual games, arena video game tournaments and digital products like NFTs.”

EA publicly stated that it was exploring cutting ties with the FIFA name in an unusual press release published earlier this week. In the statement, EA Sports group GM Cam Weber confirmed the company was “exploring the idea” of renaming the blockbuster franchise and was reviewing its naming rights agreement with world football’s governing body FIFA.

Former EA head Peter Moore, who now works at Unity Technologies, told the New York Times in a telephone interview that the statement was unusual for the games firm and that he believed it was “clearly sending a little bit of a signal.”

While it’s unclear when a decision on the future of the franchise will be made, EA has recently made several steps to ensure a future for the series, with or without the governing body.

Earlier this month it was announced that Electronic Arts had come to an agreement to extend its current deal with the football players union FIFPro, which gives it access to the likenesses and names of professional footballers.

Were EA to cut ties with FIFA, EA Sports boss Weber pointed out in his statement that it would still hold many separate league, player and stadium licensing agreements with other partners.

“Through years of building our global franchise, we also know that authenticity is essential to the experience,” he said.

“That’s why we focus so much energy on the collective strength of over 300 individual licensed partners that give us access to 17,000+ athletes across 700+ teams, in 100 stadiums and over 30 leagues around the world.”

"EA’s FIFA dispute is reportedly over ‘demands for a doubled $2.5bn fee" :: Login/Create an Account :: 0 comments