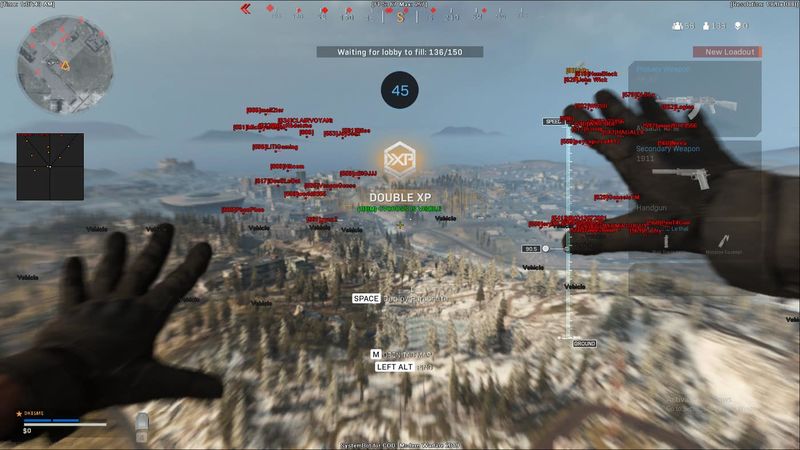 4
After teasing a reveal that cheaters weren't going to like one bit, Activision unveiled Call of Duty: Warzone's new anti-cheat system that's rolling out later this year. It's called "Ricochet Anti-Cheat," and it'll be released in Warzone whenever the game gets its Pacific-themed Call of Duty: Vanguard update. It's a kernel-level anti-cheat system which means that it'll have a "high level of access to monitor and manage software and applications on a PC" and will be required for PC users who want to play Warzone.

Activision and Raven Software have been hyping up Warzone's new anti-cheat plans for awhile now, and on Wednesday, we finally learned more about Ricochet. A full rundown of what's included in the anti-cheat package naturally wasn't discussed since that'd give cheaters a blueprint for how to work around the systems, but Activision did give a broad overview of Ricochet with an accompanying FAQ answering more specific questions about it.

This is RICOCHET Anti-Cheat - a new anti-cheat system arriving on Day 1 of #Warzone’s Pacific Update later this year.

Stay tuned for more updates from #TeamRICOCHET in the following weeks. Learn more about our full anti-cheat plan: https://t.co/FvKpaS46DW pic.twitter.com/BHErfDSZ29


When discussing the kernel-level quality of the Ricochet Anti-Cheat system, Activision also said that it'll be "launching first" for Warzone with the driver coming to Vanguard at a later date.

"In addition to server enhancements coming with RICOCHET Anti-Cheat is the launch of a new PC kernel-level driver, developed internally for the Call of Duty franchise, and launching first for Call of Duty: Warzone," Activision said. "This driver will assist in the identification of cheaters, reinforcing and strengthening the overall server security. The kernel-level driver launches alongside the Pacific update for Warzone later this year."

Riot Games' Valorant caught some flak when it was announced that its anti-cheat system called "Vanguard" would also have kernel-level properties. Likely as a way to get ahead of some of those reservations, Activision attempted to assuage worries about its anti-cheat system having too much access to someone's PC.

The driver will first arrive alongside the upcoming Pacific update in #Warzone and subsequently launch for #Vanguard at a later date.

A more detailed explanation of the kernel-level driver's functions was given in the post, too. The new Ricochet Anti-Cheat system will roll out with Warzone's Pacific update coming later this year, though a specific release date has not yet been given.

Some already have it figured out ;)

I cant wait for this game regardless this game is gonna be fire!

Richshit. Heard it from a pal, had to use it

I doubt this is even gonna stop any of the cheaters from the server. Call of Duty doesn't have a good cheat system like Fortnite and Rockstar.