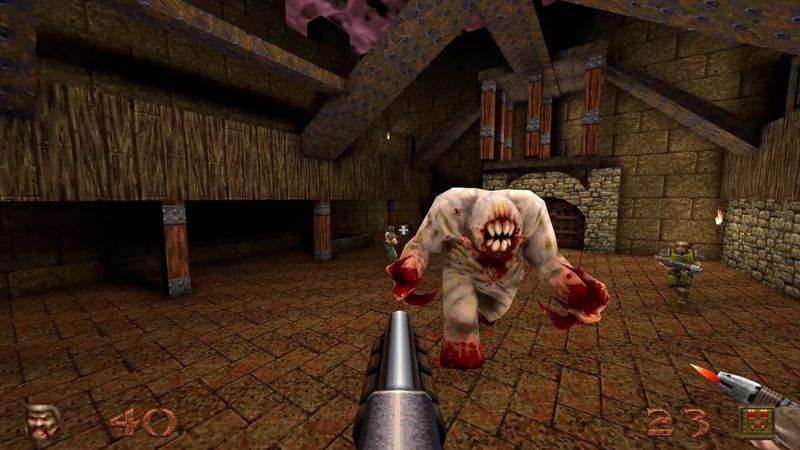 5
A new update for Quake's enhanced version is out, adding in significantly more bot and modding support for the remastered shooter that released in August. Improvements to user control and accessibility measures are also included.

General improvements also include faster game saving, hosts are now identified by an icon rather than an outline so colorblind players can more easily distinguish them, and the weapon wheel HUD is no longer cut off when playing local multiplayer.

If you had any issues with how Quake controlled, the dev team has improved analog stick input on controllers, plus added deadzone, aim acceleration, aim exponent and aim smoothing options for controllers.

As for bugs fixes, highlights include: