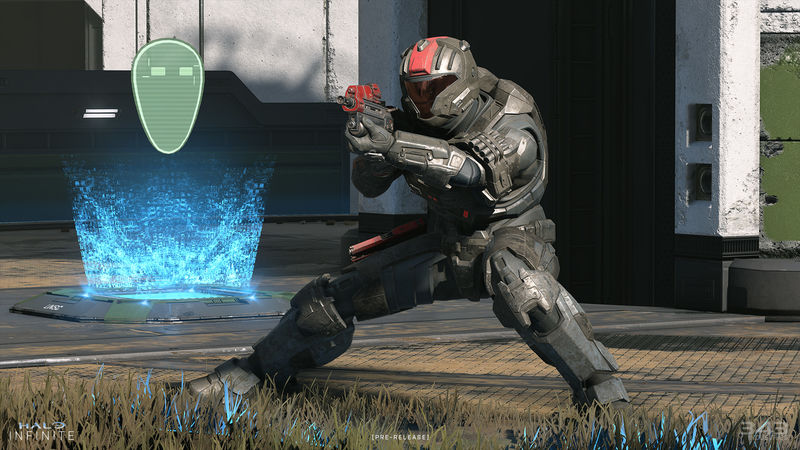 4
When Forge first arrived in Halo 3, it was a simple thing for moving boxes around existing levels. But according to a recent leak, Halo Infinite's version of the venerable editor is arriving with remarkably powerful scripting tools—turning the once-simple map editor into a game-making tool in its own right.


What we see here are fairly flexible nodes for controlling players, objects, vehicles and items, timers for tracking events, teleports and mode, with a dropdown menu revealing even more options for managing win states and triggering events on certain conditions. In short, it's a full scripting system, one that undoubtedly holds boundless potential for new takes on Halo.

Previous custom games always needed to be a slight variation on existing game-modes, but it's likely Infinite could open up space for the kind of wild player-made games we see from things like Garry's Mod—hell, a map we've seen again and again in leaks looks almost exactly like that game's expansive flat sandbox, Flatgrass.


Free-to-play shooters rarely get mod support at all, and while Forge isn't opening up Infinite to third-party assets, I'm excited to see the community push the limits of Halo's possibility space. Hell, it could even see players making the Battle Royale mode 343 insists it's definitely not bringing to Halo Infinite, regardless of what the voice of Halo multiplayer says.

PC Gamer has reached out to Microsoft for comment, and will update with any response. Sadly we won't get to grips with these tools ourselves for some time: Infinite infamously delayed both Forge and co-op campaign until mid-2022. If Forge promises to be this robust, then I'm happy to let 343 take its time making it the best I can be. But it's a shame we'll have to wait so long to see how far modders can really stretch Infinite's toolbox.

That's awesome they are bringing back the old days with forge mode! Halo could never resist that.