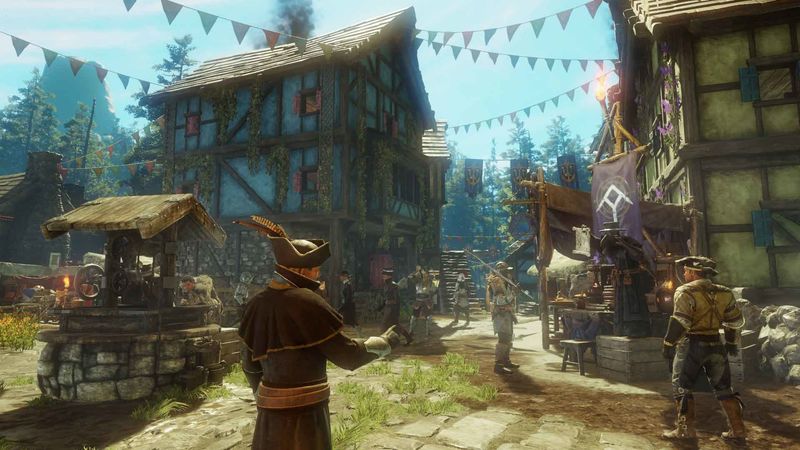 3.7
Amazon’s MMO New World is by all measure a tremendous success, but the cost of that for players is that the game’s servers have been overwhelmed. Now the full details of Amazon’s promised free server transfer have been revealed – but the bad news is that it’s been delayed again.

While Amazon has been continually adding new servers to ease the lag and queue times reported when the game launched, only newer players or characters can really take advantage of them. Amazon promised that it would offer free server transfers for everyone, so initial players could move their characters and progress over to a new server without issue.

Those server transfers were supposed to arrive last week, but Amazon has delayed them to next week instead. “During our testing, we uncovered some edge cases where the transfer experience does not meet our standards for its release,” community manager TrevzorFTW says in a new blog post. “This means that we will be taking some extra time to get these issues resolved before we feel comfortable giving everyone their free server transfer token.”

The post at least goes into detail about how server transfers will actually work. All progression, inventory, currency, and housing can be transferred, with the player’s Company membership and Friends List the only real casualties. Perhaps the most important note is that only one free server transfer token will be offered by Amazon. While the team will “evaluate the need” for further free tokens, the plan is that if players want to move servers again they’ll need to buy another token with real money from the in-game store.

[#NWSTATUS UPDATE] During our testing we uncovered some edge cases where the transfer experience does not meet our standards for release.

In the meantime, please read up in the link for how character transfers will work once it is ready to go live. https://t.co/3ScS3bhZxD