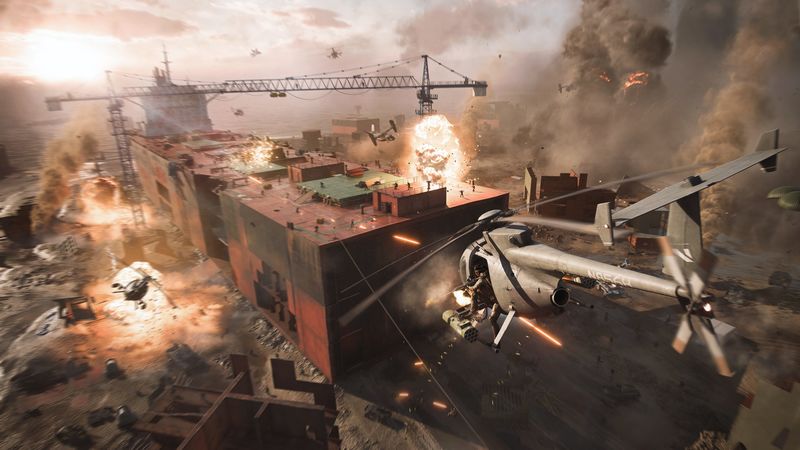 4
The Battlefield 2042 beta began this week on PC, PS4, PS5, Xbox One, Xbox Series X|S, and so far the reception to it has been a mixed bag. One of the biggest talking points of the current discourse is the game's performance issues. To this end, many have called for the game to be delayed. However, according to DICE, there's no reason to delay the game due to performance issues with the beta because the beta is an old build of the game, suggesting these performance issues are no longer relevant, or at least not as relevant.

As you would expect, DICE and EA haven't formally acknowledged demands that the game will be delayed, but in a new update following the first day of the beta, the pair did confirm the game is on track to release next month. In other words, it's not going to be delayed, unless, of course, something catastrophic happens.

"Since the time we branched the build for Open Beta, we've implemented numerous improvements into the launch build of the game," said DICE. "The shift to November also gave us extra time to improve visual fidelity and stability issues that you may experience during the Open Beta. We're on track for worldwide launch on November 19th, and early access on November 12th, when players will have full access to All-Out Warfare, Portal, and Hazard Zone."

It remains to be seen if the game's performance issues, which currently seem to be disproportionately impacting PS5, will be solved by November 19. That said, even if they are, it won't mean the launch will be smooth. If the beta is evidence of one thing, it's that there will be server issues at launch.

Battlefield 2042 is set to release worldwide on November 19 via the PC, PS4, PS5, Xbox One, Xbox Series S, and Xbox Series X.

I really just don't understand how they can possibly release anything remotely similar to the beta I played. When I watch early access videos online they look awesome and had me hyped but actually playing it just doesn't feel good what so ever I think it needs more than polishing