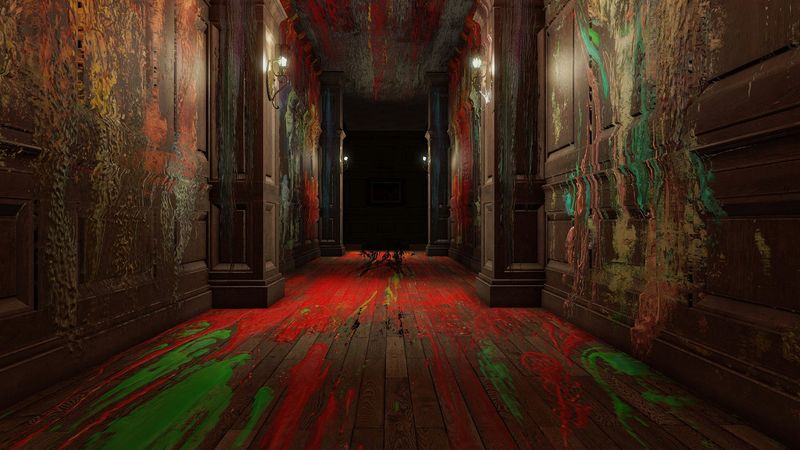 3.6
Bloober Team is working on a new Layers of Fear project of some sort, the developers confirmed this week in a new teaser trailer. The trailer released on Friday features a familiar painter and an unsettling chorus of voices filling the artist's head to create a short but intense psychological experience. Bloober Team hasn't yet said what this game is called, but it encouraged people to look for clues that might point them towards answers about that this new project consists of. The developer also reiterated that this isn't the only project it has in the works either.

The first teaser for whatever the next chapter is in the Layers of Fear series is can be seen below courtesy of Bloober Team. It's worth noting that the creators specified that this teaser trailer was made in Unreal Engine 5, so the same can be expected from the new project itself whenever it's available.

Layers of Fear was a breakthrough for us. Now we return to this universe with a new project. Check out this Unreal Engine 5 teaser trailer for clues on what this new, yet-to-be-titled project could be!#BlooberTeam #LayersOfFear #UnrealEngine5 pic.twitter.com/2KecDGdgtW


Piotr Babiebo, the CEO of Bloober Team, told IGN when the new project was announced that it was important to time the reveal with the Tokyo Game Show proceedings given the reputation Japan has for its psychological horror games and their influences. Babiebo also reiterated that the team has multiple projects in the works including one that's also in production now.

"Layers of Fear was a breakthrough project for us," Babiebo said. "It paved the path for Bloober Team and began our rapid growth, allowing us to explore more stories we've wanted to tell. I'm really glad we're coming back to this world, wiser and more experienced. For me, it's important that we make this announcement during the Tokyo Games Show, as for many of us Japan is the cradle of psychological horror games. As a studio, we also have two other projects in the works, one in production and one in pre-production."

Bloober Team has teased its ambitions for different projects in the past and has also debunked some rumors about what the studio might be working on. Given Bloober Team's horror tendencies and its recent partnership with Konami, many have suspected the studio is working on some sort of Silent Hill project, too.

Hope to hear more about it soon.