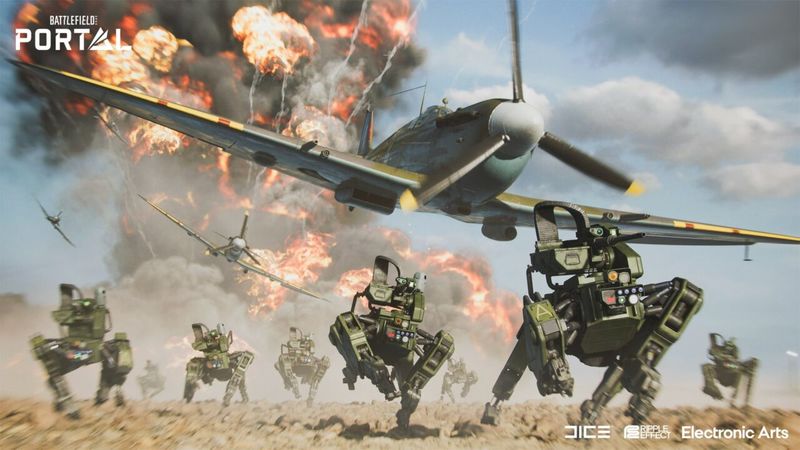 4.5
Battlefield 2042 will include new features designed to make it easier to report problem players, developer DICE has claimed.

A new blog on the official Battlefield site details developer DICE’s “commitment to positive play”, including several tools players can use to protect themselves from other problematic players.

The game will make use of the same Easy Anti-Cheat (EAC) software used in Apex Legends and Star Wars Squadrons to identify cheaters and ban them permanently.

“Due to cross-play functionality, when a cheater is sanctioned it will cause them to be instantly disconnected mid-match and permanently banned across all platforms,” the blog reads.

“As before, we still have the ability to apply IP and hardware bans if necessary. To keep our community a fair place, we have a no tolerance rule in place. There are no warnings and no suspensions when it comes to cheating. If you don’t play by the rules, you’re out.”

DICE states that EAC won’t be the only tool implemented to prevent cheating, and that more will be added going forwards. “Ensuring Fair Play and combating modern cheating solutions is an ongoing commitment that doesn’t end at launch,” it says.

“While not always visible to you as a player, this means that post launch we’ll continue to invest in developing internal capabilities and technologies that augment 3rd party anti-cheat solutions, provide multiple layers of defense, and ensure our games are fair and fun for everyone.”

The blog also claims that reporting a player is now faster than in previous Battlefield games, and involves simply selecting the player from the Player and Squad List or Social Menu, choosing ‘Report’ and selecting the reason for the report (with the ability to add a comment if necessary).

Following feedback that players didn’t know what happened after reporting someone, DICE has now pledged to tell the player in-game that it received their report, and will then email the player to let them know if action was taken.

Other features included to help players enjoy the game safely include:

the ability to block or unblock players in-game, ensuring they can’t message or voice chat with you
an in-game text profanity filter
the option to mute in-game test or chat (either individuals, or all players or chat)
several other admin tools in Battlefield Portal including the ability to apply persistent bans across Community Experiences created 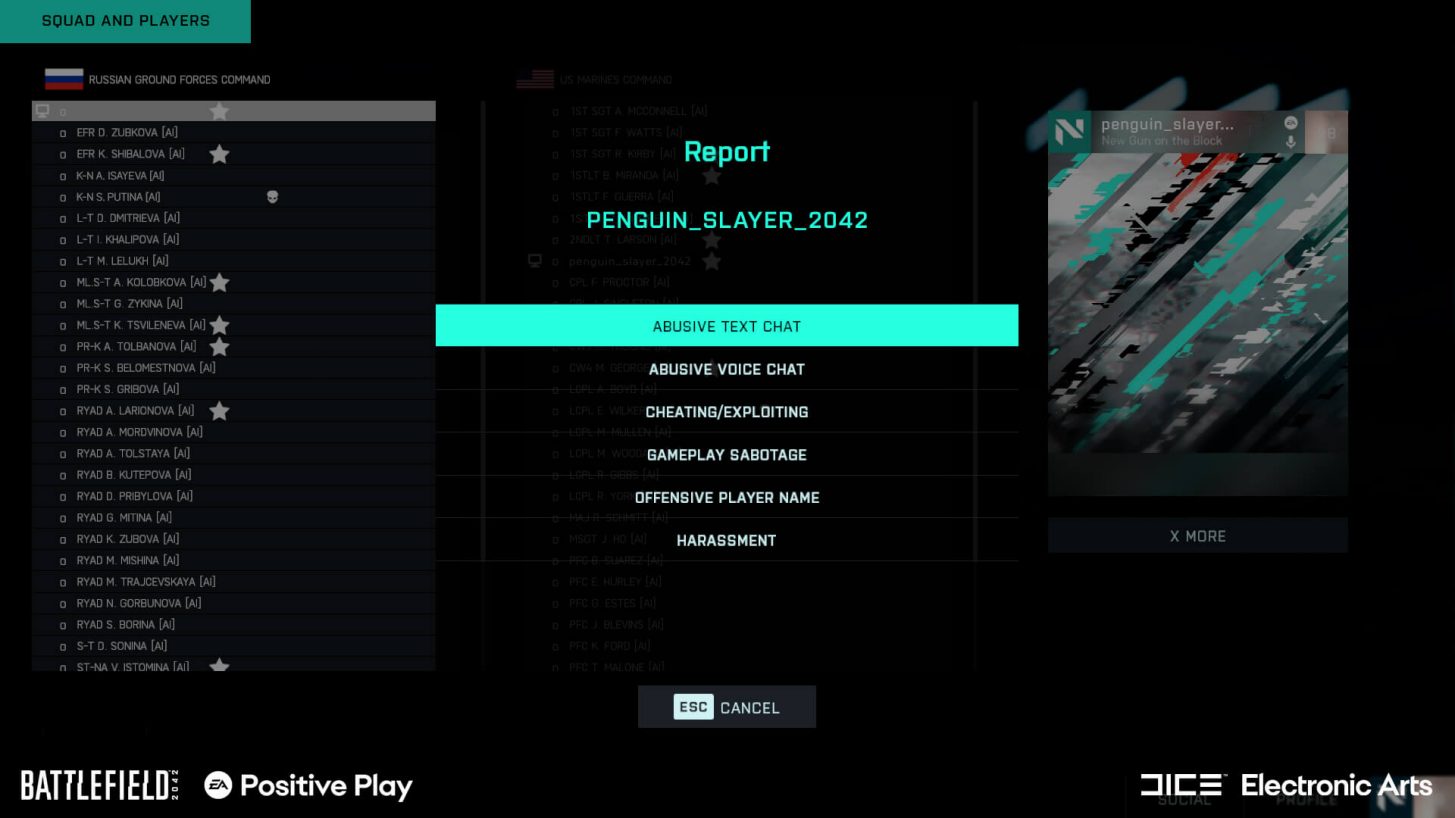 DICE has also created a Battlefield Community Charter designed to promote fair and safe play. It asks players to treat others as they would like to be treated, keep things fair, share appropriate content and keep things honourable.

“We take our commitment to Positive & Fair play seriously, and won’t tolerate bad actors on the Battlefield,” the studio says. “As a community, we play the objective, together.”

In mid-September, EA delayed Battlefield 2042’s release date from October 22 to November 19 due to “unforeseen challenges” caused by the Covid-19 pandemic.

EA Play members and pre-order customers can gain early access beginning on October 6, with pre-loading available to all players from October 5.

that fact i have to correct every news place and you guys is kinda sad.

still bans tons of cheaters. EAC is definitely the best thats out currently

that fact i have to correct every news place and you guys is kinda sad.

I feel like people are always trying to compare bf and warzone cheaters saying they hope bf will be nothing like the cheat show call of duty is but let's not forget warzone is free to play and download and make new accounts with just that factor there that will eliminate repeat offenders. I'm not worried about bf anti cheat what so ever