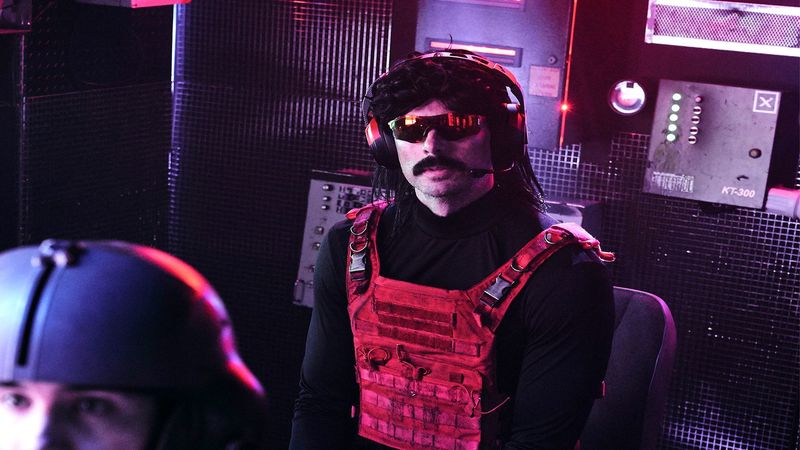 3.6
Dr Disrespect is one of the biggest authorities in the streaming space when it comes to the shooter genre. Whether it be Call of Duty, Battlefield, Apex Legends, or a litany of other titles, the "Doc" tends to have a good grasp on what makes multiplayer shooters successful. When it comes to this fall's release of Halo Infinite, the beloved YouTube streamer has already made it clear that he thinks the title is going to be of a high quality. However, if it doesn't end up featuring a battle royale mode, Dr Disrespect believes that it could quickly be in big trouble.

In a recent video on YouTube, Dr Disrespect opened up more about his early impressions on Halo Infinite after having experienced the game's recent beta. Specifically, the Doc said that he doesn't think that the latest Halo installment will end up making waves, especially amongst streamers. "When this game launches, viewership is not going to be good. It'll be good for like a week, but then it'll slip into that traditional sandbox," he said. When talking about what could keep fan interest and engagement high, Dr Disrespect said that he thinks it all relies on the addition of a battle royale game mode.

Despite requesting this mode, though, Dr Disrespect also said that he thinks such an addition would need to be implemented into Halo Infinite in the proper way. "It depends how it's executed. I was looking at this Big Team Battle gameplay footage and I'm looking at it like, just thinking to myself, 'God I hope these guys if they make a battle royale,'" he said. "I hope they execute it correctly because they could do it bad," he went on to say about its potential arrival.

At this point in time, developer 343 Industries hasn't said that it will be adding a battle royale component to Halo Infinite at any point at launch, or even afterward. For now, the studio seems solely focused on making sure that it can ship the title on Xbox One, Xbox Series X, and PC later this year on December 8. If battle royale does come to Halo Infinite, it likely won't be showing up until post-launch.

No it won't lmfao. Halo has always been huge even before BR