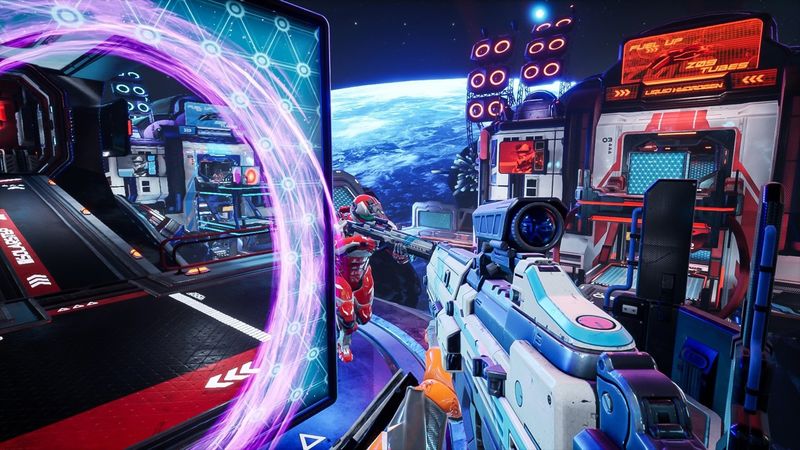 3.8
Developer 1047 Games has announced a new update for Splitgate, and it should make for a more enjoyable experience for players on PC and on consoles. In the grand scheme of things, however, this is a fairly small update, and it mostly focuses on quality of life fixes, including voice chat improvements and new featured playlists. Splitgate has added support for mantling, giving players more freedom to grab ledges in the game, though this option can be toggled off. Last but not least, Nvidia Reflex compatibility has been added to the game, which should offer faster response time for Splitgate players with Nvidia GPUs.

"Nvidia Reflex has been implemented into the game with this update - PC players using Nvidia GPUs will shave precious milliseconds off reaction times, potentially skirting death when it matters most. Nvidia Reflex is not available on consoles," a press release from 1047 Games reads.

The game's developer has also fixed some bugs in the game, including the geometry bug that was causing issues with Karman's Station. That bug was enough to keep the map out of rotation, but that will no longer be the case, thankfully.

Splitgate's open beta launched back in July, and immediately caught the attention of gamers and streamers. The title has been downloaded more than 10 million times, and a full release was supposed to happen in August, but has since been delayed indefinitely. Clearly, the developer is still looking for ways to improve the game prior to a full launch! For those unfamiliar with the game, Splitgate has been compared to a combination of Halo and Portal. In the game, players can travel using wormholes, adding an interesting twist on the FPS genre.

Another Halo wannabe. Probably end up bigger and better though LMAO

This game reminds me of halo so much, I still like halo, Only thing I don't like about this game is the portals.