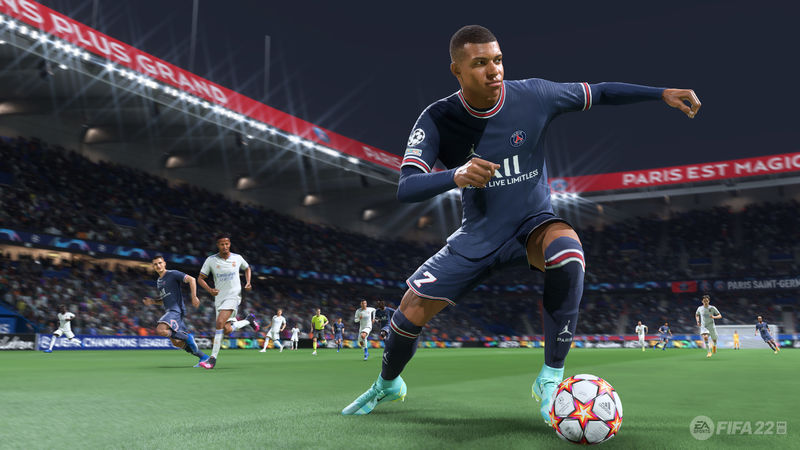 3.7
Electronic Arts has removed Manchester City defender Benjamin Mendy from FIFA 22 while the player awaits his trial after being charged with four counts of rape and one charge of sexual assault. The player was previously available in the game and some references to him still remain in place despite the fact that he was suspended from his professional team in August. This change happens during the early access trial period for FIFA 22 prior to the game's launch at the start of October.

Mendy's absence in FIFA 22 was noted by players who looked for him on the Manchester City roster as they gained access to the 10-hour trial EA is offering for the game. In a statement shared with Eurogamer, EA confirmed that it had in fact removed Mendy from both the Manchester City and French national teams in FIFA 22 with his Ultimate Team card also suspended from packs as well.

However, Mendy's cards still exist within FIFA 22 to a degree. The change was made after the free trial period launched, so that means there's still a chance that players will see Mendy's card available in some players' Ultimate Teams since he's available within the in-game auction marketplace.

We can confirm the changes in FUT were made the day after the launch of the EA Play early access trial resulting in some players having access to Mendy in packs before the suspension kicked in," the statement from EA continued.

FIFA 22 still has a short while to go before the game is fully released following this 10-hour trial period, but it's unclear if any other actions are going to be taken at this time regarding Mendy's presence in the game. It could be that he's scrubbed from the game entirely, though EA didn't specify plans for the future.

Mendy is currently scheduled to appear in court in November with a trial date set for January.

Yea its very surprising a game developer would be like this

Wow, I'm surprised a game would be like this. I think its cool but on the other hand I don't. Its weird.