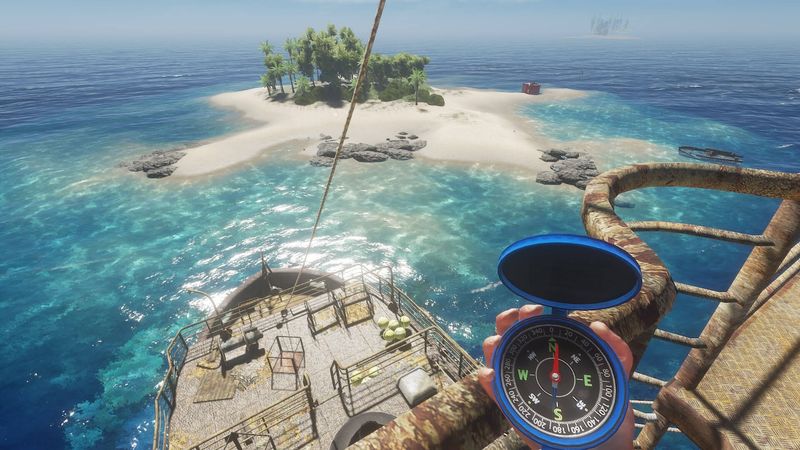 4
Beam Team Games first brought Stranded Deep to players in 2015 as an Early Access title and now – more than six years later – is finally adding online multiplayer. Splitscreen co-op is already available, but September 28 will be the first time you can jump online with friends around the globe for a bit of survival action.

As the first title from Beam Team Games – which is composed of just a few team members – the company wanted to make sure it had everything planned out perfectly before adding online co-op to the mix. Stranded Deep has seen dozens of game-changing updates since arriving on the scene in 2015, but tomorrow's is likely to be the most popular.

"While players have enjoyed playing solo, the community has been asking for a Co-op Multiplayer mode since the game’s launch," Sam Edwards, co-founder of Beam Team, said. "It’s something we have wanted to deliver for the community and have been working hard with our partners for over a year. We’re very happy to announce the arrival of this feature which is available tomorrow, September 28! This is a free update for existing players and part of the game for new players getting stranded for the first time."


If you haven't yet played Stranded Deep, now is a great time to get started. The title sees you trying to survive on an abandoned island, crafting shelters, fighting off wild animals, and crafting unique vehicles to explore your surroundings. And with its newfound ability to play with other stranded survivors, things will no doubt get a bit more exciting.

"You’ll experience crazy encounters against sharks, giant squid, and other sea creatures. Defend against attacks on land from wild boar, snakes, and other native threats. Hunger, thirst, and exposure will work against you as you brave the elements. It won’t (and shouldn’t) be easy… but if you survive through it all, you can escape – now with a friend!"