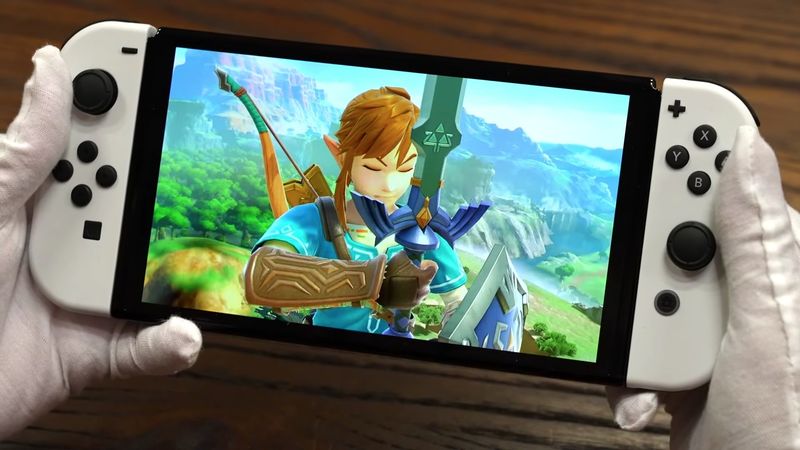 4.5
The first Nintendo Switch OLED unboxing video has appeared online and it really puts into perspective how much the console has changed in the new revision.

Japanese YouTuber HikakinTV, who currently boasts an impressive 10.2M subscriber count on his channel, was lucky enough to get his hands on the new Nintendo Switch model - the Nintendo Switch OLED.

In the video, Hikakin unboxes the new Switch, shows a little of how games run on it, and hooks it up to a TV using the new Nintendo Switch dock. You can watch it for yourself below however, the entire video is only in Japanese.

From the get-go, it’s obvious that Nintendo has done a lot of work with this revision as the box the console comes in has had a dramatic redesign. Sitting somewhere between the Nintendo Switch Lite and the original Switch console, the OLED model comes in a much smaller box which is more square compared to the other rectangular boxes.

Once the box is open we get to see all of the components that make up the console including its sleek new dock, which now has rounded edges and a set of flashy white Joy-cons. Hikakin then lays all three versions of the console on a table which is where we can really see how much bigger, but also thinner, the OLED model is compared to the original Switch and Switch Lite.

The next important step for Hikakin is to try out some of Nintendo’s best offerings of this console generation. This includes footage of Super Smash Bros. Ultimate, Minecraft, Mario Kart 8 Deluxe, and Splatoon 2. Which all look as vibrant as you’d imagine on a Switch with a new OLED screen.

Finally, we also get a good look at the OLED Switch sitting in its dock and connected to the TV. What’s most striking about this view is how well the new version of this console looks in a home setting. The white finish on both the dock and Joy-cons blends in nicely with Hikakin’s home setup and we can imagine it sitting quite nicely next to the likes of the PS5 and Xbox Series S.

this was a awesome watch