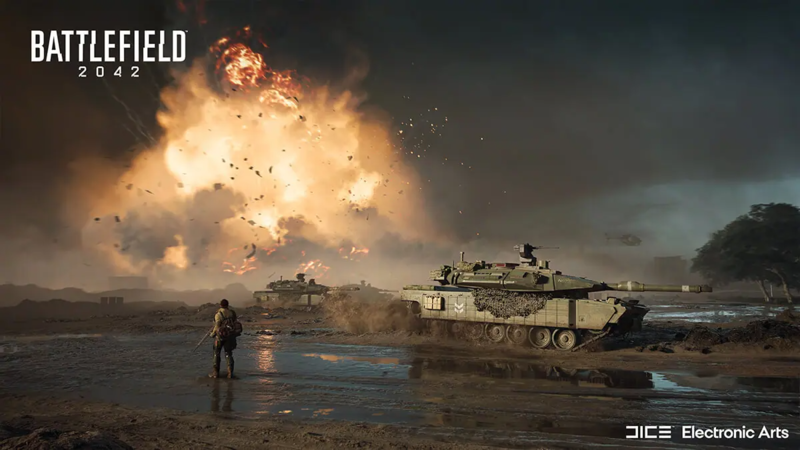 "Participants for this tech test are now being accepted," reputable insider Tom Henderson said over the weekend, following up on early reports of a Battlefield 2042 play test scheduled for September 28 - September 30. "It appears like it's going to be a test prior to the Battlefield 2042 beta to ensure things are running smoothly. More information to participants will be available next week."

EA and DICE haven't officially announced this supposed technical test, but assuming it is a step towards the official beta, it fits with the timeline the studio proposed following Battlefield 2042's delay to November.

DICE has repeatedly affirmed that the Battlefield 2042 beta will arrive shortly before the game's launch, and with its revised November 19 release date now less than two months away, it would make sense for the beta to kick off in early to mid October – just a few days or weeks after this apparent technical test. That would likely give the studio enough time after this technical test to make any obvious adjustments under the hood before opening up the beta, while still giving players ample time to try the game before it's out.

This timeline remains unconfirmed, but EA said it would share an update on the upcoming beta "later this month," so we'll know for sure soon enough.

"Battlefield 2042 beta could be close as "tech test" invites going out" :: Login/Create an Account :: 4 comments

Yep already got it preordered! Can't wait for this game!

I just can not wait for this game to come out nor the beta. I really wanna play and get my hands on this game. I hope its gonna be the best BF they ever created! Pushing it back longer just for better quality on a game is amazing in my opinion cause then it makes us think the game is gonna be amazing!!!

Omg let's go been waiting for this !