Splitgate devs want to be “the next Riot Games” 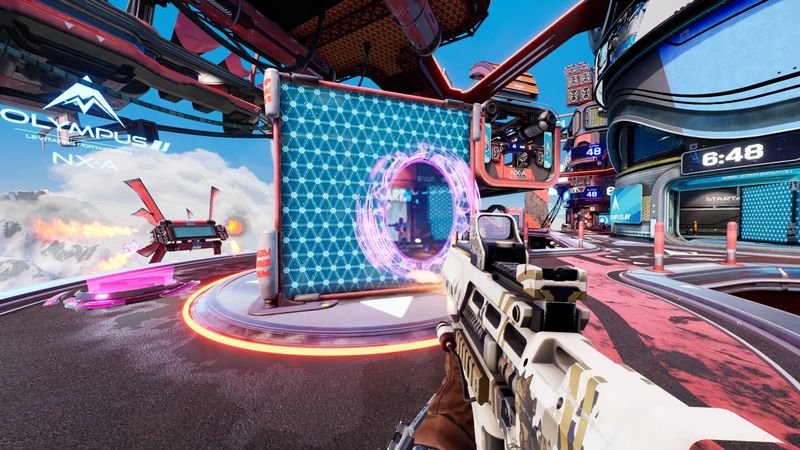 4
Splitgate: Arena Warfare has been around for a while, but its launch this year has seen the arena shooter – usually described as Halo meets Portal – skyrocket in popularity. Now developer 1047 Games is looking to build the Splitgate studio into “the next Riot Games” and fill the void between Quake and Fortnite.

After a modestly popular start for the initial Splitgate earlier this year, word spread around and the game quickly rose in popularity – breaking multiple Steam records in the process and forcing 1047 Games to greatly increase Splitgate’s server capacity.

Speaking with TechCrunch, 1047’s co-founder and CEO Ian Proulx attributes this success to Splitgate innovating in a genre – arena shooter – that hasn’t seen many significant releases in recent years, while making it more accessible too. “People grew up playing these games, and the reason [the market] is dead is not because they stopped loving them,” Proulx says. “Quake Arena is great, but it’s extremely difficult. No 12-year-old Fortnite kid is gonna play it. We really do fill this void.”

Originally, when 1047 Games went looking for investors just six months ago, it was turned down. “We talked to every investor on the planet and they all said no,” Proulx explains. After Splitgate started to take off, the next round of investing went far more in 1047’s favour, leading them to have around $116 million USD to play about with – going from “a tiny team with a tiny budget” to something that could challenge the bigger studios.

“We’re focusing on the long term,” Proulx continues. “We don’t need to be Fortnite tomorrow, but now it really is about building the next Riot Games, the next big games business.” The CEO also adds that he considers Splitgate “as being 25% done” as the studio works to take it out of beta and start doing proper Fortnite-style story seasons.

"Splitgate devs want to be “the next Riot Games”" :: Login/Create an Account :: 2 comments

split gate is a awesome game

Really good game for sure free to play makes it even more better :)