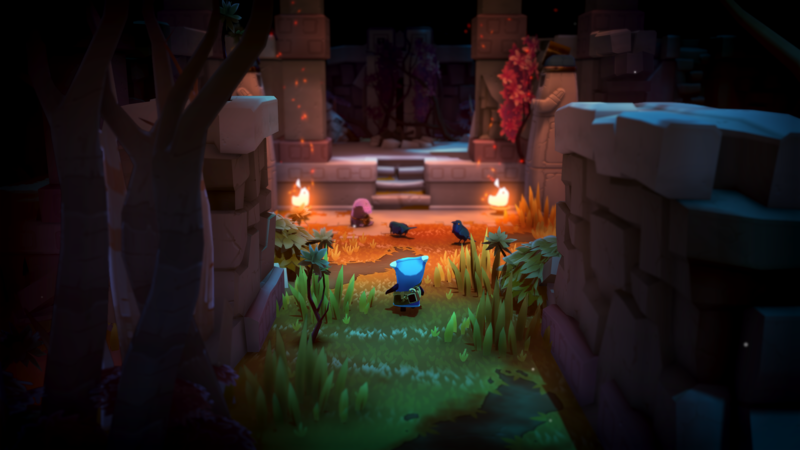 4
The Last Campfire is certainly not a newly announced game. Fans may already be familiar with The Last Campfire since its launch last year, but there is recent news about it nonetheless that is sure to excite both fans of the game and those who may not have had a chance to check it out beforehand.

The Last Campfire is a colorful and whimsical adventure game that involves puzzles and platforming. The Last Campfire comes from the same independent developer behind No Man's Sky, Hello Games, who has surely been busy with significant content updates for their science-fiction survival game. It took a bit of time before The Last Campfire was available on PS4, and now fans will have the opportunity to play The Last Campfire on another popular platform as well.

Following a spell of PC exclusivity on the Epic Games Store, The Last Campfire is finally set to arrive on Steam on October 7. Better yet, a demo for the game will be playable for free next week as part of Steam Next Fest, which kicks off on October 1. Steam Next Fest 2021 plans to take place between October 1 and October 7, meaning that The Last Campfire will be available for purchase on Steam once the event concludes. Despite already having launched on current-generation platforms and PC, it is great that Hello Games is able to share such an adorable game on Steam.

October's @steam Next Fest will let you try out The Last Campfire - the latest game from the creators of @NoMansSky.https://t.co/9Rq8v6Nfd2 pic.twitter.com/doGJNxEmyj


The Last Campfire's tiny puzzle-platformer is "a true labour of love for a small team" according to Hello Games founder Sean Murray. Indeed, the scope of The Last Campfire seems much smaller than a game like No Man's Sky, which has had a tumultuous development life since 2016. Having been tossed around to different platforms at different times throughout its first year of release, it is nice to see that The Last Campfire will be receiving another welcome home on PC through Steam to perhaps expand its player base further.

Steam Next Fest offers a wide array of demos from independent developers for games that will soon be available on Steam, with The Last Campfire being one of the latest games featured with a free demo for the event. Today, players who are excited about The Last Campfire can demonstrate their anticipation by finally adding the game to their Steam wishlists.

The Last Campfire is currently available on the Epic Games Store, PS4, Switch, and Xbox One, with a Steam version scheduled to launch on October 7.