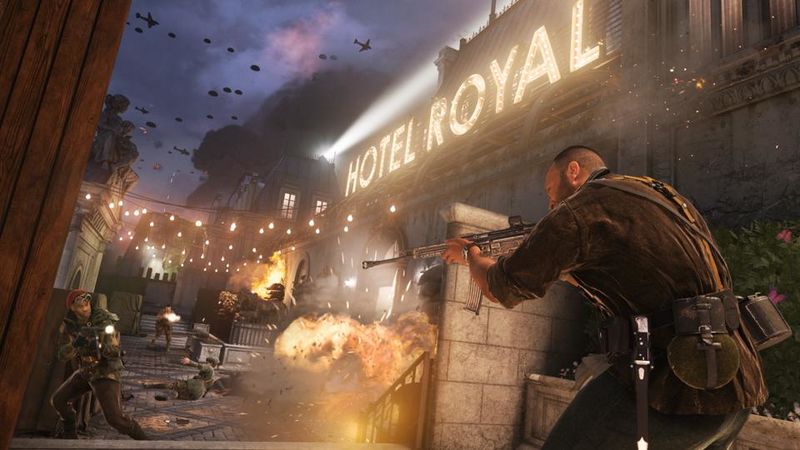 4.2
Call of Duty: Vanguard's Multiplayer beta has only been in the hands of players for a short amount of time by now, and the game's already got cheaters. It doesn't have a full-blown cheater problem like Call of Duty: Warzone does, but it's still got enough cheaters that people have pointed out their existence online and have even been able to capture footage that catches them using their cheats in matches.

The video below, for example, shows someone using a version of an aimbot cheat in a Vanguard match. After the player gets eliminated a second time, the killcam perspective of the other player afterwards shows the obvious use of cheats. That player's able to simply hold down the trigger while their weapon snaps back and forth between different targets that they wouldn't have been able to easily detect otherwise.


Interestingly enough, it looks like someone else was in this exact same game and also caught the cheater in action. A post was shared on Reddit within one of the Vanguard subreddits that showed a play of the game clip which aired at the end of the match. It appears to be the same clip from the video above which earned the cheater the best play of the match even if it wasn't a legitimate one.

While these two clips only show one example of cheating from a single match, it's a pretty blatant use of cheats that were already available in other games. It's likely too that other people have encountered situations like this and simply didn't record them or didn't watch the killcam to see if their assailant was actually cheating or was playing fairly.

It's also not totally unexpected to see this considering how popular Call of Duty games are and how rampant Warzone players say cheats have been in the battle royale game. It is surprising, however, to see the cheats up and running so soon in Vanguard.

Raven Software and Activision said previously that Warzone would get a new anti-cheat system when the Vanguard integration happens, but it was not specified if Vanguard itself would benefit from the updated tech.

"In addition, as previously confirmed, Warzone's Pacific map will launch with a brand-new, multifaceted anti-cheat system for PC," Activision said in a blog post previously. "Raven is currently putting the system through its final paces and comprehensively testing it, so we are excited to have it ready on day one when the new Warzone experience releases."

Call of Duty: Vanguard is scheduled to release on November 5th.

There always will be cheaters in big games like this

the beta was a reskin over and many cheat developers had there cheats up day 1, when the full game drops this will hopefully be a different story

Lol so are people actually surprised? This is not new CW and MW beta had cheats "cough cough" Ring 1

Kind of satisfying to watch it do it's work