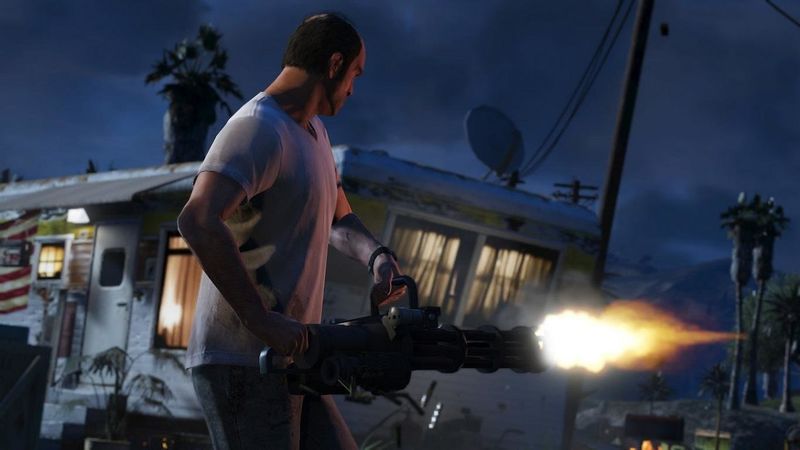 4.7
Rockstar Games released a new trailer for Grand Theft Auto V's new PS5 and Xbox Series X|S versions during the PlayStation Showcase recently, but the reaction to it was probably not what the studio was hoping for.

Commenters are calling out the video for failing to showcase why people should buy GTA V again on yet another platform. Rockstar says the game is upgraded and enhanced on PS5 and Xbox Series X|S, but the trailer shown at PlayStation Showcase did not deliver the goods in the eyes of some commenters.

In a blog post, Rockstar said fans can look forward to a "range of technical and graphical improvements across the entire experience." Some vehicles in GTA Online will have "performance enhancements."

Rockstar originally planned to launch GTA V for PS5 and Xbox Series X|S on November 11, but the studio delayed the game to March 2022. "The game requires a few additional months for polishing and fine-tuning," Rockstar said.

The studio has indeed shared very little in the way of specifics for the new edition of GTA V, but the company said it will have more details to reveal "soon."

Another element to the story here is that Rockstar has not said if GTA V on PS5 and Xbox Series X|S will be offered as a free upgrade or if it will be a full-price game again. What we do know is GTA Online's new standalone edition will be free for PS5 users for the first three months after launch. This suggests, but doesn't confirm, that GTA V on next-gen systems will indeed be a paid game as opposed to a free upgrade.

Whatever the case, PS5 and Xbox Series X|S represent the third generation of consoles where GTA V will be available through a bespoke version of the open-world game. It originally launched for PS3 and Xbox 360 in 2013, before coming to PS4 and Xbox One in 2014. Then in 2015, it was released on PC. In total, the game has sold an astonishing 150 million copies, and that's just the beginning for its commercial success--GTA Online brings in money from its various microtransactions.