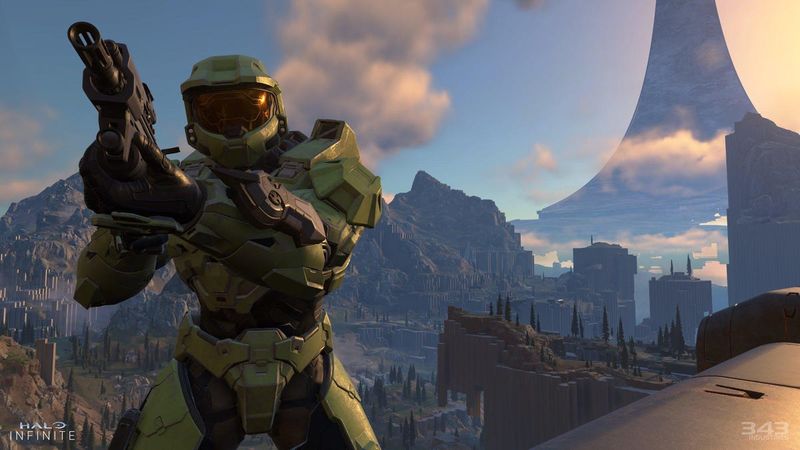 5
According to a new leak, Halo Infinite will boast not one, not five, not 10, not 20, but 23 multiplayer maps at launch, which, for those counting, is three more than Call of Duty: Vanguard and a very impressive number, if true, and for now it's important to emphasize the "if true" part. Right now, this news hasn't been confirmed, but it has been making the rounds after a dataminer claimed as much.

Over on Twitter, Halo Infinite dataminer Surasia recently claimed there will be 23 mutliplayer maps at launch, which is considerably more than Halo 5 had at release.That said, it's unclear how the dataminer came across this information. You'd assume it's derived from the files of the game, but for now, this is just an assumption.

Further, it remains to be seen how these 23 maps will be divided up across multiple modes. 23 is a lot of maps, but depending on how they are divided up, the number may not feel this large for players unless they are engaging with all modes and variants.

Yeah but halo infinite launches with 23 maps and is free 😳 https://t.co/x1SI9nDd8t


For now, take everything here with a grain of salt. At the moment of publishing, it's unclear how reputable and reliable the source is, but the information is being picked up by many. As always, as the situation develops, we will update the story accordingly, regardless of whether or not said updates are salient.

I believe Halo 5 had 20 at launch so this does sound accurate. Pretty hefty map rotation I gotta say hopefully they're fun!