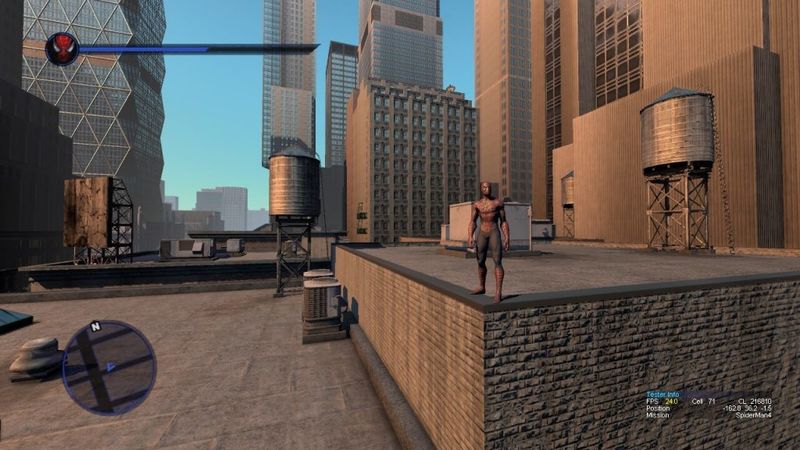 4
New footage of the Spider-Man 4 game has emerged, showing what could have been for the canceled tie-in of a canceled movie.

Obscure Gamers posted a 15-minute chunk of the Xbox 360 game (via IGN), which was in the works at Radical Entertainment before its film counterpart was officially scrapped in 2010. That marked the end of Tobey Maguire's turn as Spider-Man, but this footage presents a look into an alternate universe where it kept on going - and you don't even have to wait until Spider-Man: No Way Home for this latest trip into the many-faceted Spider-Verse.

According to Obscure Gamers, this early version of Spider-Man 4 used many of the assets Radical Entertainment created for its supernatural open-world game Prototype (which also took place in New York City, handily). It's clear that this is an early slice, with all the off-kilter animations and inconsistent in-game visuals you'd expect; you can see half-formed pedestrians perpetually falling through a hole in the sidewalk at 5:15, and waves of taxis cresting over Columbus Circle like schools of fish, just as a few examples.

Despite the early development jank, you can still see where Radical was going with the game as Spider-Man webs his way through Manhattan; skip to 6:15 to see him take on a helicopter by webbing it to the ground, or 13:00 to see a sample of his Spider-Fisticuffs with a scrap against the Red Devil Brawlers. Now we just need a Spider-Man: Shattered Dimensions 2 to come along and bring all of these disparate Spider-Game universes together.

I remember playing spider man on PlayStation 2. I probably still have it somewhere.