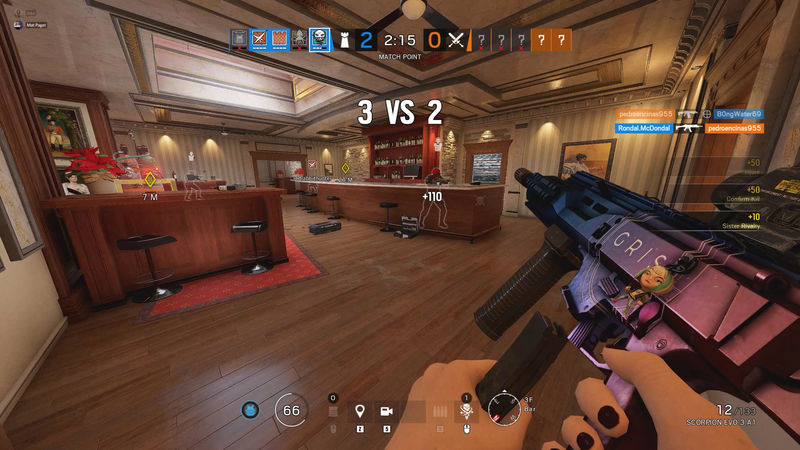 4
A new update to Rainbow Six Siege has changed some matchmaking rules against cheaters, in accordance with fan-feedback from previous seasons. This new update to the matchmaking systems now doesn’t rob players of any MMR earned from a win against a cheater. Check out the official Tweet below.

Previously, players would be robbed of their MMR points even if they scored a win against a cheater. Now, players get to keep those points with them while the loss scenario looks to be the same as before. In addition to this, Rainbow Six Seige will also be reverted squad MMR restriction to 1000 which should allow for more competitive matches.

Rainbow Six Siege has been growing stronger with each new season, and Ubisoft’s continued support for the game has been appreciated a lot by fans. The next entry in the franchise, Rainbow Six Extraction has recently receieved some new gameplay at this year’s E3, and would be releasing in January next year.

The following changes to MMR are now live:
⬆ MMR Squad restriction reverted to 1000
🕚 MMR Rollback updated to only reflect recent matches
🥇 Players keep MMR when they win against a cheater

Get your team together and aim for Champion! pic.twitter.com/3d86JANh2c

I am glad they fixed this issue. I know i got very annoyed when I wouldn't get my mmr when playing against a hacker..
Fantastic job rainbow six.