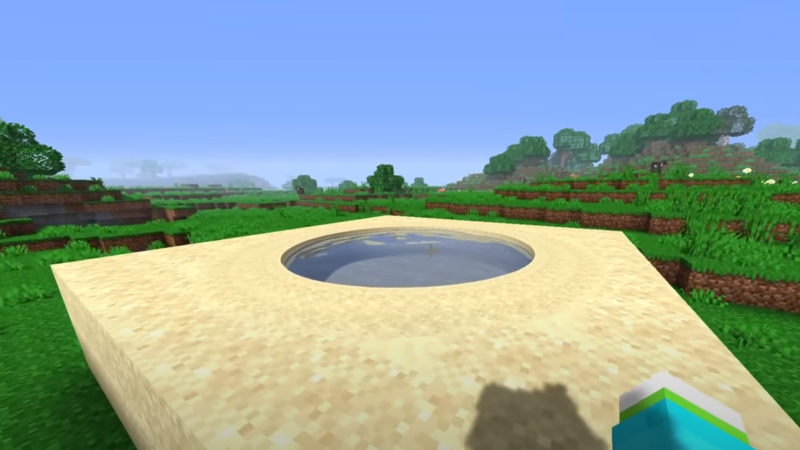 4.4
Ever since being released, millions of people have been showing off their Minecraft creativity, utilizing the game's building mechanics and resources to create some impressive and/or complicated structures. If there is a downside to the game, it's that it's very blocky, which means people are often limited to creating things that are sharp and angular. That isn't a bad thing. Some of the best Minecraft builds have been stunning things like house designs. However, some may be left wondering what it would be like if players could make circular things. Well, someone has actually gone ahead and looked into it, with results.

Recently, a Minecraft fan has been pondering whether or not it is possible to create a smooth, if not perfect, circle in a game known entirely for its cube-shaped visuals. Uploading a video to YouTube, Mysticat was able to discover a way to do just that, and even shows exactly how they achieved it. The best thing about this is they managed to do it without mods, meaning they only used the vanilla version of the game and a lot of command lines.

While making circles in Minecraft is possible, they can only be made with 1x1 square blocks that snap in place on a grid-like world. This means there can be no fine-tuning of block placements in order to make smoother structures. However, Mysticat has found a rather complicated workaround, which utilizes command blocks, a series of console commands, and armor stands. Over the course of the video, it's possible to see the builder's thought process as they experiment with different tactics and different commands, before they end up with a perfect circle made out of sand, which they then fill to make a round, smooth pool.

While the circle was made expertly in vanilla mode, it's certainly a lot more complex than some may think. Mysticat does go through the instructions bit by bit, particularly when it comes to using Minecraft's command blocks which provide certain privileges in-game. It's a lot more complicated than can be explained here, so it would be advisable for those wishing to try to watch their tutorial video.

It's amazing creations like this which are the reason Minecraft has near-infinite replayability. Even without mods, people like Mysticat can wow audiences and players by being able to build something in the game that, for all intents and purposes, should not be possible in a world inhabited by blocks.

Minecraft is available now on Mobile, PC, PS4, Switch, and Xbox One.

never really gotten much into commands

Mario350 impossible because everytime i do that on normal vanilla minecraft it makes a square not a circle.
so some mods are used but kid wont say what mods.

there are no mods, he's using commands that are available in vanilla minecraft (to everyone)

There are no mods being used, its all done through command blocks.

impossible because everytime i do that on normal vanilla minecraft it makes a square not a circle.
so some mods are used but kid wont say what mods.