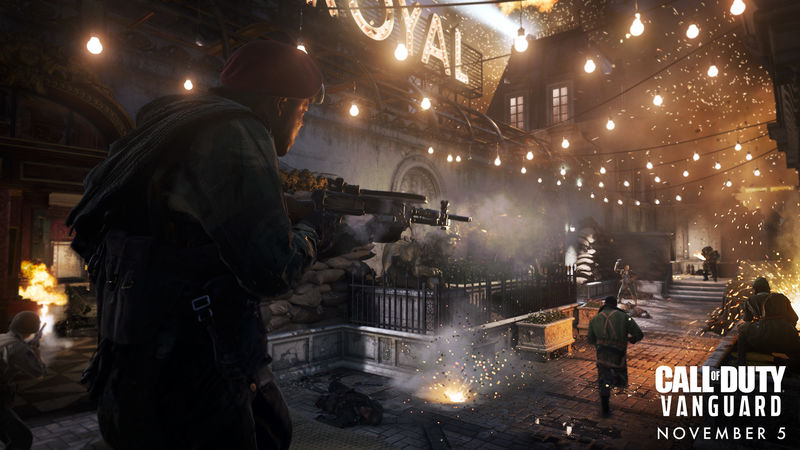 3
Call of Duty fans have been waiting for almost an eternity for a FOV slider on consoles now, and it seems like their wishes are about to come true.

The next iteration in the immensely popular Call of Duty franchise is all set to release later this year in November, and we will be seeing a plethora of new stuff in the game. While the game will be integrated with Warzone and Cold War, there are a number of interesting things to look forward to.

Call of Duty Vanguard will be featuring a whopping 20 multiplayer maps, a co-op Zombies mode, a new multiplayer mode known as ‘Champion Hill’. There are tons of new weapons, perks, and field upgrades coming to the game as well.

VANGUARD CONSOLE FOV SLIDER CONFIRMED BY SLEDGEHAMMER GAMES
Today, the official multiplayer reveal of Call of Duty Vanguard took place and it gave fans an insight into what they can expect from the highly anticipated title. We did see a lot of action-packed and adrenaline-rushing moments, but there was another highlight of the stream that grabbed the attention of many fans.

Sledgehammer Games, the developer of Call of Duty: Vanguard, has confirmed that the game will indeed be featuring a FOV slider at launch. This is quite good news for fans, who have been eagerly waiting for a FOV slider on Warzone but haven’t got it yet.


The FOV slider does make a ton of difference, as it impacts how much of the surroundings players see on the screen. PC players have the option, so they are able to see a wider view as compared to console players. This puts console players at a disadvantage when they are up against each other, as they are unable to see PC players at times because of their lower FOV. PC players on the other hand can easily opt for the maximum FOV to gain a tactical edge. FOV sliders on consoles do come with certain technicalities, due to their limited hardware, but it seems like Sledgehammer has figured its way around it.