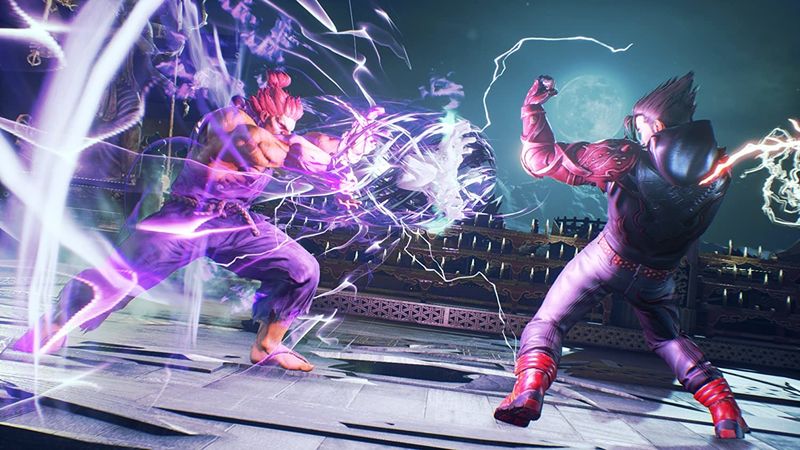 That is Killing Floor 2, the zombie shoot 'em up that has you gunning down undead reprobates with the odd Santa thrown in for the festive season. However, the studio has found itself in hot water as of yesterday when Tripwire president John Gibson came out as pro-life on Twitter. Doing so sparked a slew of controversy that resulted in Maneater co-developer Shipwright cancelling all contracts. Many have also voiced that they will be boycotting Tripwire games henceforth.

Aside from Killing Floor, there's Tekken 7, the hit fighter that concludes the story of the Mishima clan, - which is available until February 28, 2022 - and the classic Final Fantasy 7 where you play as the iconic Cloud Strife, partaking in several raids against 'Mako' (not the Mass Effect vehicle, although I'm sure fans would love to destroy that) energy reactors. It's the first of five upcoming Final Fantasy games that will be added to PS Now.

Windbound tells the story of a poor sap who gets shipwrecked on an uncharted island, while Pathfinder is all about building up a kingdom and conquering the world. It's a turn-based RPG. Finally, you have Moonlighter, a rogue-lite RPG about a shopkeeper turned monsterslayer who uses the loot from their adventures to rebuild their hometown.

PS Now will set you back $9.99 USD for one month. Alternatively, you can fork out $59.99 for 12 months, saving quite a bit of cash. It's PlayStation's answer to Xbox Game Pass, although backward compatible titles are played via streaming and not native emulation, so be sure to have a good bandwidth if you want to delve into the classics. Otherwise, you can download any PS4 or PS5 games on the service.