Stardew Valley Creator Reveals That Development May Now Be Complete 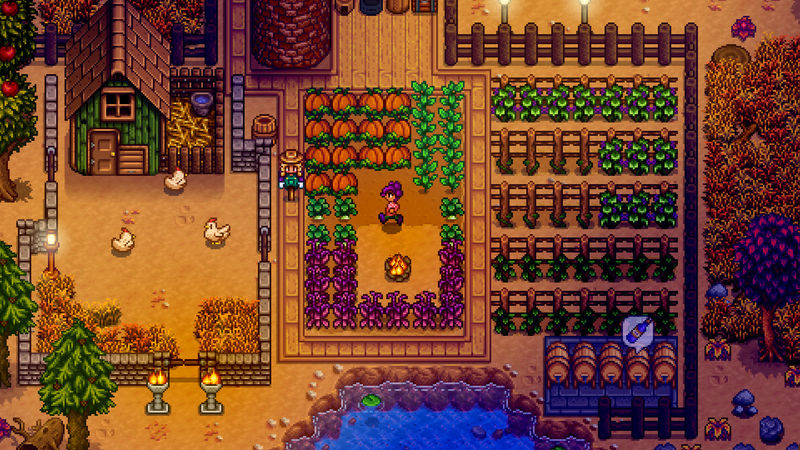 3.8
The creator of Stardew Valley has revealed that work on the popular farming sim may have now reached its conclusion. While the door to future content updates is very much still open, developer Eric "ConcernedApe" Barone has announced that he is instead now more focused on creating a completely different game.

News of this development status for Stardew Valley was revealed by Barone when answering questions from the community. In the process of fielding popular fan questions, Barone said that he's still not sure about what the future of the game will have in store. "I'm not saying there's going to be another Stardew Valley update," Barone said. "I don't even know at this point. Right now I am focused on my next game. So, we'll see."

Speaking more to this future project that Barone is currently working on, the famed developer said he's not currently sure when he may end up revealing it to the world. "I may announce it fairly soon, what it is, no one knows at this point," Barone said of the mysterious title. "What I will say is it's another pixel art game, a top-down perspective similar to Stardew Valley. And in some ways it is kind of similar to Stardew Valley, but it's not a farming game. It's something different."

When it comes to Stardew Valley itself, the game has actually continued to be incredibly popular in its fifth year since first releasing. Within the past year, update 1.5 for Stardew Valley ended up releasing for those on PC and brought with it a number of vast new changes. That same update then rolled out earlier this year for players on console platforms. So while Stardew Valley has seen a major update within the past 12 months, whether or not this will be the final patch that the game ever sees as a whole is still up in the air.