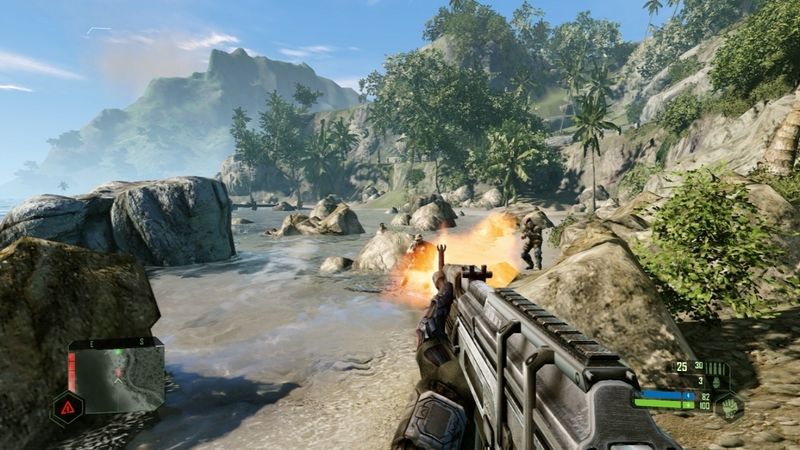 3.7
Crytek announced back in June that it would be releasing remastered iterations of the original Crysis, Crysis 2, and Crysis 3 later on in 2021 in a bundle known as the Crysis Remastered Trilogy. At the time, the studio behind the popular first-person shooter franchise didn't reveal this collection would be launching. Fortunately, that has now changed as of today.

Revealed on social media, Crytek announced this afternoon that the Crysis Remastered Trilogy is set to launch next month on October 15. All three games will be releasing for practically all current-gen and last-gen hardware, including PlayStation 5, PlayStation 4, Xbox Series X, Xbox One, and PC. In addition, a launch on Nintendo Switch will also be coming about on this same day. Those on PS5 and Xbox Series X will also have access to more graphical and performance features which includes improved lighting, HD textures, and 4K resolution at 60 frames per second.

The suit changes all the rules.

Crysis Remastered 2 & 3 will also be available for purchase separately. pic.twitter.com/TbPqf8fxLS


While this bundle will be sold as one unit, Crytek has also revealed that each individual title will be purchasable on its own as well. This is most likely due to the fact that a remaster of the original Crysis released on many platforms back in 2020. So for those that may already own the upgraded version of this title, they'll simply have to buy Crysis 2 and Crysis 3 on their own to complete the full collection.