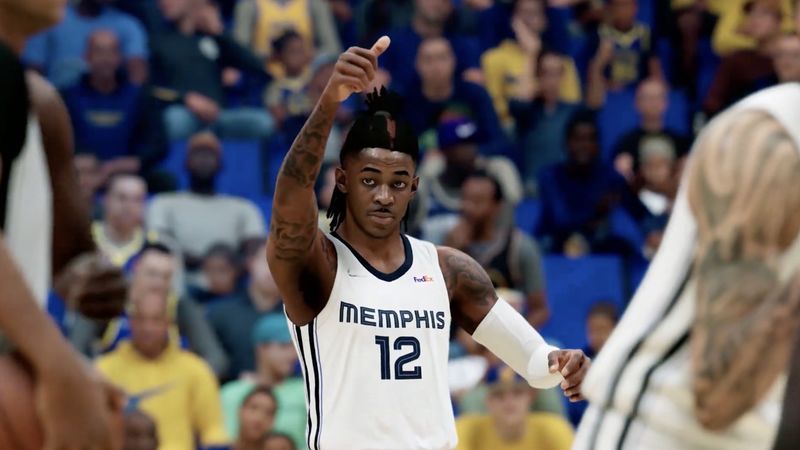 3.8
In NBA 2K22, gone will be the generic public-address announcer from past games. 2K is emphasizing the local flavor of NBA games by including every team's specific PA announcer--people who are often beloved by their teams' communities.

Sports stadiums aren't just characterized by their architecture, but also by the sounds, style, and people who make them unique. This includes PA announcers, the people who commentate over the speaker system at a stadium while a game is going on. Much like TV commentators, PA announcers can become local legends based on particularly memorable calls in big games. You can see some of how the announcers will be incorporated in the game in the video below.

The inclusion of local PA announcers is just one of the changes that 2K is implementing for the next entry in its basketball series. Gameplay is also getting a variety of additions, changes, and improvements. For example, every shot meter now has dynamic resizing, meaning that it rewards players for taking smart shots with strong shooters. On defense, 2K has overhauled shot blocking and changed stealing to better emphasize a particular NBA player's attributes.

NBA 2K22 launches on September 10 across PS4, PS5, Xbox One, Xbox Series X|S, PC, and Nintendo Switch. You can download the latest NBA 2K22 Trainer and cheats from WeMod.