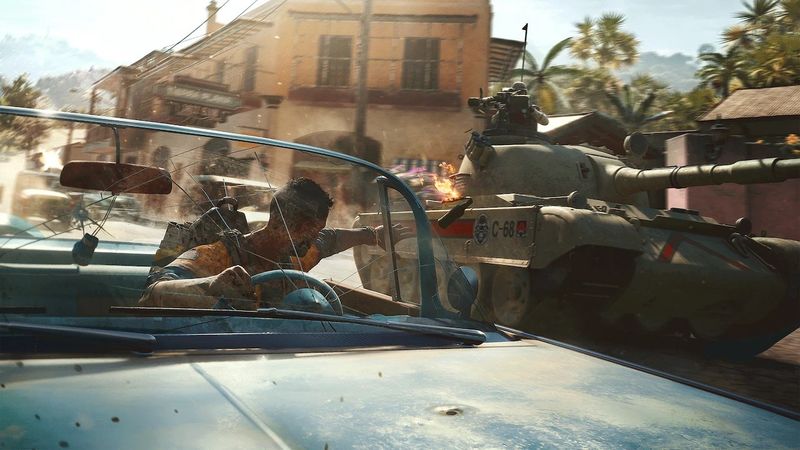 4
Today, Ubisoft hosted a livestream in which it revealed new footage from Far Cry 6 running on Xbox Series X. The game looks stunning on the console — albeit some screen tearing here and there — and is just as bloody and chaotic as past entries in the acclaimed franchise.

According to the stream's description on YouTube, it's designed for players to get accustomed to Chorizo the wiener dog, Guapo the crocodile, and Chicharrón the rooster. Somehow, these animals can aid you in your quest to remove Yara's Antón Castillo from power. Based on what we saw, it seems like the animals can attack enemies and distract them so you can perform takedowns instead of using bullets.

According to Ubisoft, the Xbox Series X footage focuses on the El Este region of Far Cry 6. The game features weapon improvisation and customization, so you should be able to tailor guns to your liking.

The visuals appear to be an evolution of what we received in Far Cry 5 a couple of years ago. The daytime lighting appears to have received the biggest boost. All in all, it's a gorgeous game and looks spectacular on Microsoft's latest console. If you're one of the lucky ones to own an Xbox Series X, you're in for a treat in a little over a month.

Far Cry 6 should launch on October 7, 2021 for Xbox One, Xbox Series X|S, PlayStation 4, PlayStation 5, Google Stadia, and PC. You can pre-order the game, starting at $59.99, on the Microsoft Store or the platform of your choice.