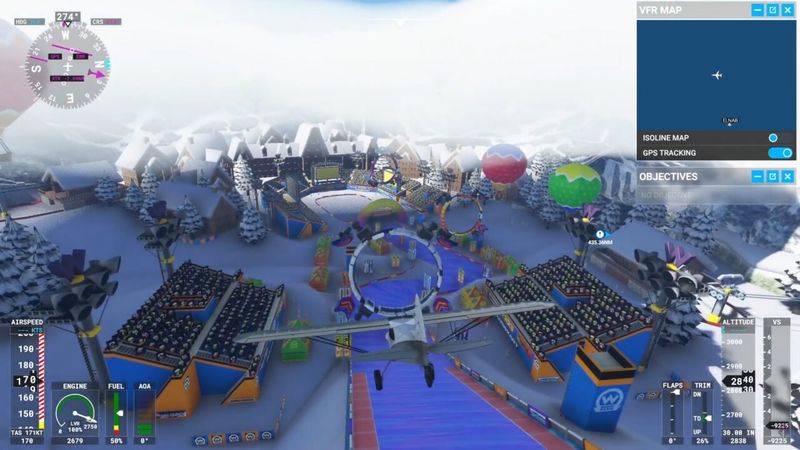 4
A modder has added tracks from Mario Kart 8 to Microsoft Flight Simulator.

As part of the latest stream on his Twitch channel, Illogicoma decided to take seven courses from the Nintendo game and add them to the Xbox and PC flight sim.

A replay of the stream has been uploaded to YouTube and can be seen embedded below, with the Mario Kart section starting at 3:26:32.

“You see, the government has been secretly building Mario Kart courses in the middle of the ocean,” Illogicoma jokes.

Although it’s not technically possible to ‘race’ on the tracks with any sort of lap tracking system, Illogicoma instead added rings above the course for players to fly through.

Explaining the mod on Twitter, Illogicoma says it was put together by taking the tracks from The Models Resource website and using Blender2MSFS, an addon for 3D model software Blender that lets users create 3D assets for Microsoft Flight Simulator.

People kind of into that mario kart flight sim mod huh. I guess i should do a video of it. In the meantime, if you want to see it, you can get a view at the following timecode https://t.co/UnjPsZquQm


In the video’s comments, one user points out that it looks a little sluggish. “It’s kind of slow,” Illogicoma agrees, “but I think I might have to try it again once the Top Gun update happens.”

Asobo is adding competitive multiplayer to Flight Simulator as part of the game’s first major expansion in the autumn/fall of 2021.

The Reno Air Races expansion will bring the STIHL National Championship Air Races to the game.

A Flight Simulator Top Gun expansion will be released later this year.