BioShock Gets a Stunning Remaster in Unreal Engine 5, Thanks to a Fan 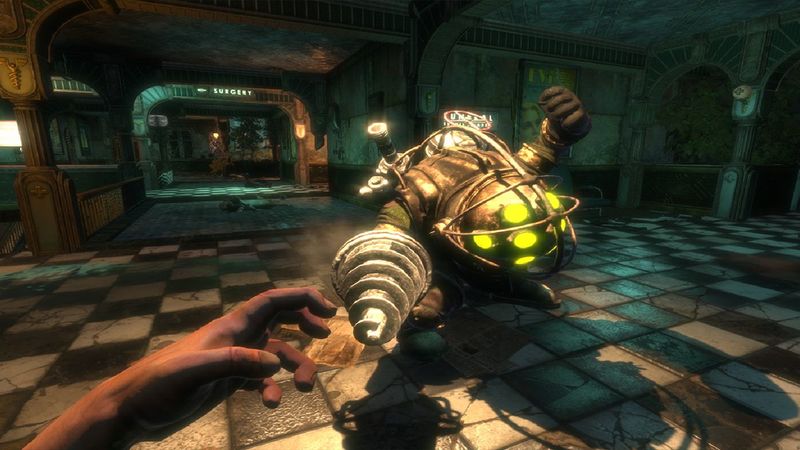 3.7
The BioShock Unreal Engine 5 remaster mod is probably something you would love to turn into reality, and it has partially happened.

The BioShock series has been absent for a long time now since the latest entry from Ken Levin and his team at Irrational Games.

Probably, it’s going to take a long time until we get our hands on Cloud Chambers’ upcoming BioShock title. It’s pretty difficult anticipation for BioShock fans, without any spin-off or modern remakes or remasters from the previous entries of the franchise. However, modders can help in such situations.

BIOSHOCK REMASTER MOD ON UNREAL ENGINE 5
Recently, a modder who had already remastered the original BioShock game in Unreal Engine 4, decided to import the project into Unreal Engine 5, and hopefully, the result was incredible enough to share it online with fans.

Using the game’s original textures and tweaking them has helped a lot for this unofficial remaster to look exactly like an official remaster from the game. If you ignore some of the clunky animations, the game is almost played as the original version with the same UI, same environment, and same characters.

Now, if you are planning to get your hands on this unofficial remaster as soon as possible, I’m sorry to tell you that the modder, noodlespagoodle, will not launch it as a public project. In fact, he has only remastered a small part of BioShock, and he has no plans for a full remaster in the future.

Although the community’s kind reaction might help to encourage the modder for a full remaster, but regarding that the game belongs to Take-Two Interactive, sooner or later the project will probably be forced to shut down, similar to what the company did to many Grand Theft Auto mods previously.

The original BioShock is now available with a slight remaster on PS4 and Xbox One consoles. It was originally launched for Xbox 360, PS3, and PC.

"BioShock Gets a Stunning Remaster in Unreal Engine 5, Thanks to a Fan" :: Login/Create an Account :: 0 comments