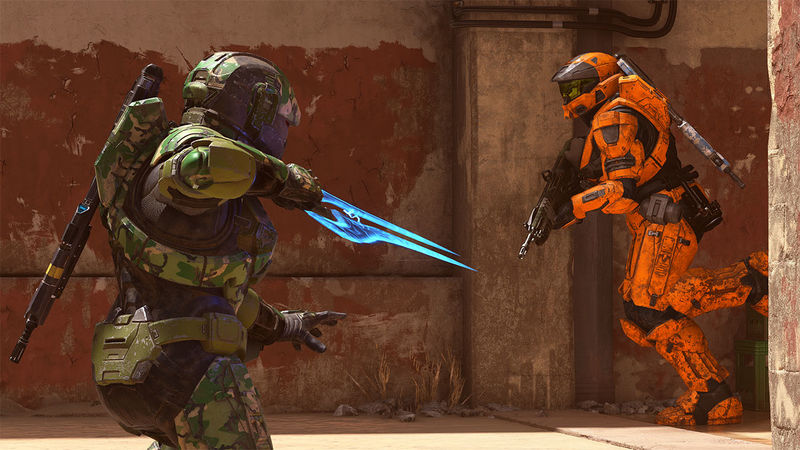 3.1
Players of Halo Infinite should know that there isn't traditional match XP in multiplayer, instead, you will progress with the battle pass by completing challenges.

This is according to John Junyszek, community manager for 343 Industries, who stated as much on Twitter. Even though this means there will not be per-match XP at launch, you will always be progressing through challenges and therefore the battle pass.

Junyszek also said during the recent Tech Preview there was an issue that caused people to run out of challenges. Current plans at launch will make it "extremely difficult to run out daily challenges," but that said, it's not "impossible," due to "grinders" out there.

In a blog post update, head of design Jerry Hook went into more detail on the issues with the challenge system, stating there was an issue during the preview that prevented forward progress on players' battle pass.

"Our first issue was that we failed to cull the challenge decks of challenges that could not be completed with Bot-only matches," said Hook. "This caused players to get blocked behind these challenges and is not our intent for launch.

"Lastly, we just wanted everyone to remember that for the Technical Preview we had expedited XP earn rates to help players get through the pass in the short window for the preview.

"Using challenges, our goal is that you will always be earning progress in your battle pass through playing and winning matches. This will allow you to always jump into a game of Halo and make progress on your goals."

Halo Infinite will be released on Xbox Game Pass for PC and Xbox platforms on December 8.

Hey Nick - playing and winning matches will be challenges, which will help players progress through the Battle Pass. Even though this means no per-match XP at launch, you're still always progressing through challenges and therefore the BP. We'll update the blog to clarify 👌

The Tech Preview had an issue that caused people to run out of challenges. Our current plans for launch, while not "infinite," mean it's extremely difficult to run out daily challenges. I won't say "impossible," cause there are some grinders out there, but I'd be impressed.