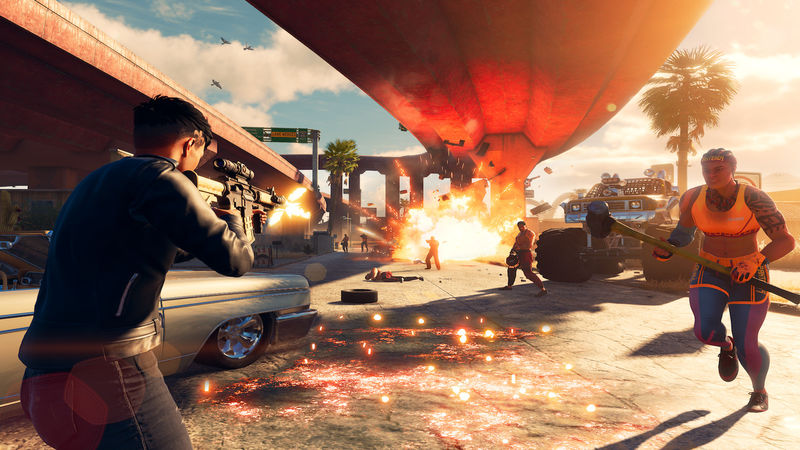 5
Hot off the heels of being formally announced earlier this week, Volition and Deep Silver have now given us our first look at actual gameplay from the forthcoming Saints Row reboot. When the game was first shown off at Gamescom Opening Night Live just a couple of days back, Volition opted to merely give fans a taste of what this world is meant to have in store with a purely CG trailer. Now, we have seen what it will actually look like to play Saints Row and it seems to have a lot in common with its predecessors.

In total, this new video from Volition dedicated to Saints Row is meant to better familiarize potential players with the world and characters that will be seen in the game. Specifically, many members of the studio are featured in the video to better talk about the region of Santo Ileso, which is where Saints Row will take place. While much of the video centers around conversations from developers talking about their aim with this project, additional gameplay footage is occasionally spliced in as well.

Welcome to Santo Ileso, Volition talk about the vision for #SaintsRow, the new Saints and our new city.


As for the gameplay footage that we do see, as mentioned, it seems to be just as explosive as previous Saints Row titles. Not only is the action fast-paced, but players will seemingly have a lot of weapons to use as well to take down foes. Kills also seem to be quite over-the-top, which is almost to be expected from a Saints Row game.

Fortunately, if you're someone who thinks that this new Saints Row game is shaping up nicely, you won't have to wait too long to play it. The game is set to launch next year on February 25, 2022, and will be coming to PlayStation 5, PlayStation 4, Xbox Series X, Xbox One, and PC.