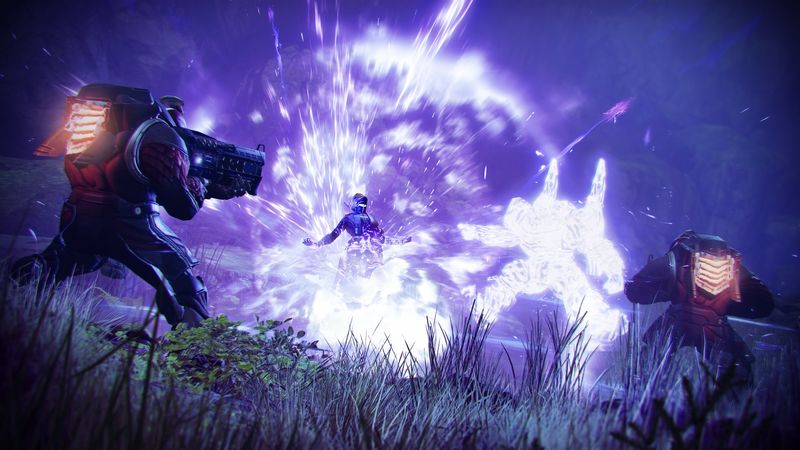 3.5
This week has delivered a smorgasbord of info about the future of Destiny 2 that has given me not just information overload, but quite possibly also information diabetes. It's been a lot to absorb. Perhaps the biggest surprise from Tuesday's rich spread of announcements was an omission: Contrary to the leaks, which have otherwise proved spot on, The Witch Queen will not add a new Darkness-based subclass when it arrives next February. Bungie instead outlined its plans to bring the existing Light subclasses up to the same standard of customisability as Stasis, which is the Darkness subclass that was added with the Beyond Light expansion last year.

Some fans were still suspicious. Given that the star of The Witch Queen is Savathûn, the Hive goddess of deception, couldn't Bungie just be bullshitting?

As it turns out: No.

In the latest This Week at Bungie blog, the studio leaves no room for doubt. "There will be no new Darkness subclass with The Witch Queen or through year 5," wrote sandbox discipline lead Kevin Yanes. "We made the call to refocus ourselves on Light subclasses this year. As you’ll see below this doesn’t just mean a port but also new and exciting stuff too."

He goes on to say that Bungie also won't be adding more Aspects and Fragments to Stasis, meaning that the subclass is essentially complete in terms of the perks you can mix and match. And honestly I don't expect there to be any complaint about that: Stasis is incredibly flexible as is. "We feel like the subclass build variety is in a good spot and was likely to benefit from tuning changes more than new stuff."

From there the post dives into how the Void revamp is shaping up. It's the first of the Light subclasses being tuned, with Solar and Arc due to follow in subsequent seasons. Here's gameplay designer Samuel Dunn: "We’re taking the subclasses you know and love and remixing them. That means adding new abilities and mechanics, ditching some old ones where it makes sense to do so, and spreading out existing ones to create enticing new combinations. Our hope is to retain playstyles you know and love today and to create some exciting new ones you didn’t even know you wanted."

Super excited about the Light Based Subclass updates coming next year starting with Witch Queen. This was a big team driven initiative that we are really excited to get out to players. https://t.co/2zuuj7otUy


There's a ton of detail thereafter about what that will mean specifically for you purple-slinging Titans, Hunters and Warlocks, including a glimpse at some entirely new abilities and the promise that we'll still be able to use old faithful perks like Devour. As ever, if you're as invested in this stuff as I am, I recommend reading the whole thing. Speaking of which, earlier today I got off the phone with Destiny 2 game director Joe Blackburn and general manager Justin Tilman. We talked all things Witch Queen, Season of the Lost, and even some far future stuff. That interview will be up early next week, and you won't want to miss it.