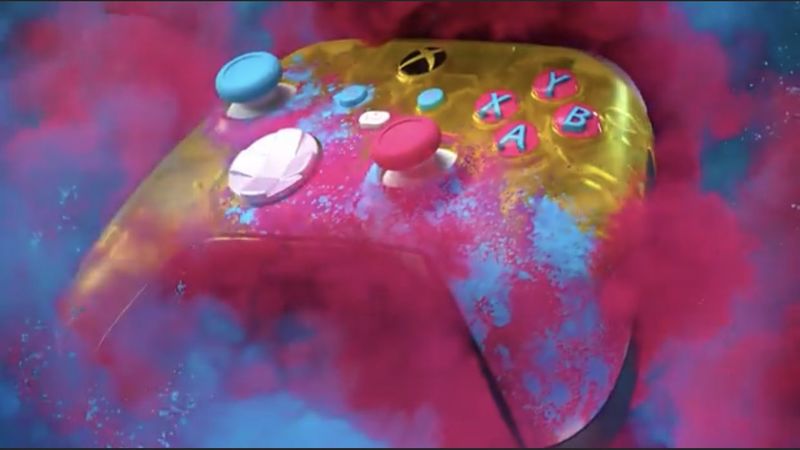 4
As part of its Gamescom 2021 event, Xbox officially announced new details about Forza Horizon 5 like its cover, and the company also revealed a new limited edition Xbox Wireless Controller specifically inspired by the upcoming racing title. The new Forza Horizon 5 Limited Edition Xbox Wireless Controller specifically features a design inspired by the powder fireworks from Forza Horizon 5's in-game Horizon Festival with a transparent yellow shell and colored rumble motors visible from within. But that's not all: the new controller also comes with exclusive DLC.

Specifically, the Forza Horizon 5 Limited Edition Xbox Wireless Controller -- available to pre-order now from Microsoft and here at Best Buy -- is releasing alongside the video game on November 9th -- comes with DLC for an exclusive Forza edition car, cosmetic item, and victory emote. Exactly what that DLC is has yet to be announced, but it certainly seems like just the icing on the cake if you're already spending over $70 on a new video game controller. You can check out the trailer for the new controller below:

Find out what it’s like to hold speed and control fury. ​


In addition to the special colors and see-through design, the controller has custom bottom and side dimple patterns on the grips that were inspired by perforated style performance car steering wheels, according to Xbox. While the colors of the various "special edition" or "limited edition" Xbox Wireless Controllers have varied thus far, it often seems like Xbox is most willing to play around with the grips, and that philosophy certainly continues here.

Controller looks pretty cool ngl, not buying it as I use the ps4 one though