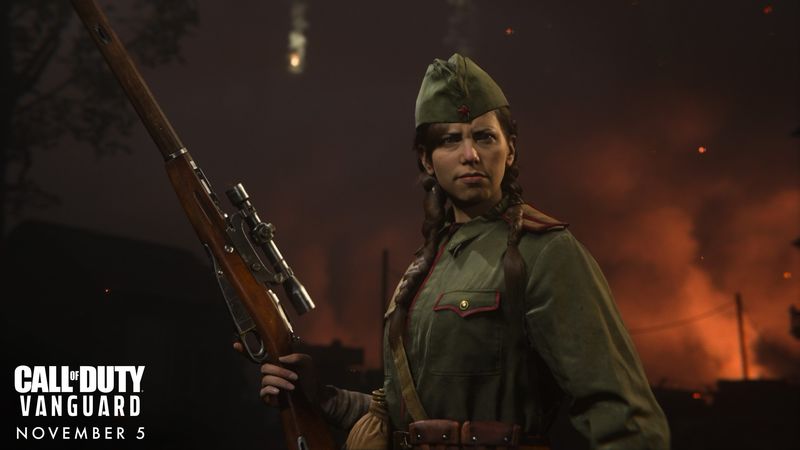 3.5
After months and months of reports and rumors about Call of Duty's next chapter, the game was finally revealed last week during a Warzone event. The new game is Call of Duty: Vanguard, and it takes the fight back to World War II. The game arrives this fall and will be launched on both current and next-gen consoles. On Wednesday, fans finally got a glimpse at how Vanguard will actually look on PlayStation 5 and Xbox Series X|S.

The initial Vanguard reveal simply showed off a cinematic trailer for the game, but there wasn't really much gameplay to speak of. That changed on Wednesday evening when the first next-gen gameplay for Vanguard was revealed during a Gamescom presentation. You can take a look at the new gameplay footage above!

Vanguard is going to be a bigger experience than previous Call of Duty installments. Not only will it crossover with Warzone, but it is also going to have an Zombies campaign from Treyarch that ties directly into Call of Duty: Black Ops Cold War, as well as the most multiplayer maps ever at launch. There will be 16 total maps for players to explore from the first day the game is available. That's before any seasons or DLC go live.

“Call of Duty: Vanguard is primed to deliver a stunning range of gameplay experiences for the entire Call of Duty community. Vanguard’s breadth of content is a hallmark of the title, with more multiplayer maps on day one than ever before and the first Zombies crossover in Call of Duty history,” said Johanna Faries, General Manager, Call of Duty, Activision. “Warzone fans will also experience a host of exciting new things to come as part of the new launch. We can’t wait to share more soon.”

There's a lot to be excited about with this new Call of Duty, regardless of which era of combat you prefer. However, if you're a fan of games like Call of Duty: World at War and Call of Duty: WWII, then you'll likely be even more excited for what's in store.

Gonna love the campaign of this. Can't wait :P