Crusader Kings 3 has been rated for PlayStation and Xbox 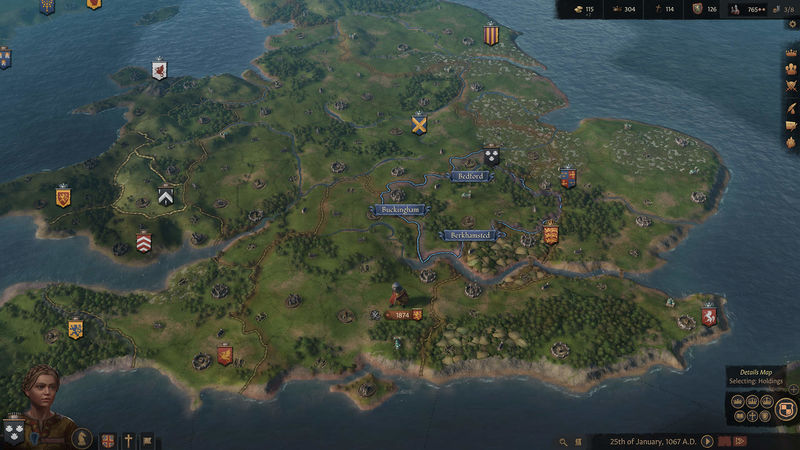 4.3
Paradox Interactive’s Crusader Kings 3 appears to be heading to consoles, at least if a new listing from the Taiwan Digital Game Rating Committee is to be believed.

It looks like the game could be landing on PS5, Xbox One, and Xbox Series X/S, per the listing, approximately one year after the game launched on PC.

Crusader Kings 3 was released last September on PC (playable via Steam, Paradox, Microsoft Store, and Xbox Game Pass for PC) but we've not heard anything about it coming to consoles until this listing appeared (thanks, Gematsu).

It stands to reason that the game will come to Xbox platforms via Game Pass for Xbox consoles, since it's already available on the PC version of Microsoft's service. And that can only be a good thing, since the game has proved immensely popular on PC: by November 2020, Crusader Kings 3 had sold 1 million copies on Steam.

If you're unfamiliar with the game, perhaps a quick rundown of what players got up to in the first month of the game's release will help you understand a bit about why it's so beloved. Within a month of release, players racked up 25 million hours of playtime, bore 40,591,268 children, hatched 18,212,157 successful murder schemes, and petted 370,305 pets.

"Crusader Kings 3 has been rated for PlayStation and Xbox" :: Login/Create an Account :: 0 comments