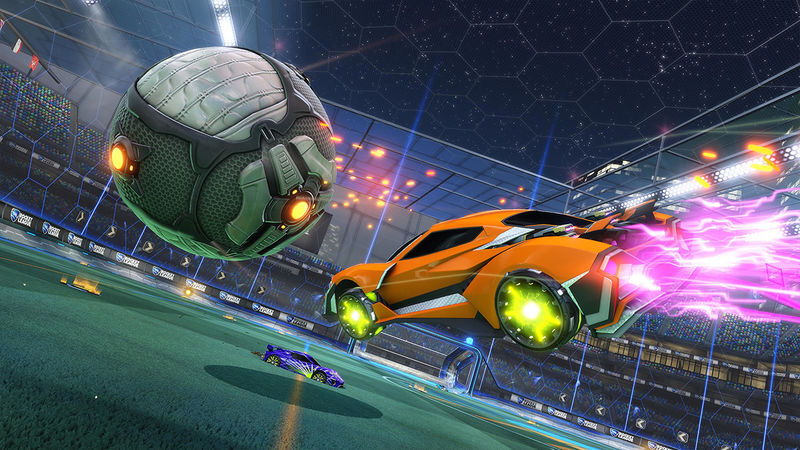 3.5
It was a bit of a bunny trail in figuring out that Rocket League will be moving to Unreal Engine 5, as this information comes in the form of a job add, discovered by a content creator who pointed this out on Twitter. So, thanks, IGN, for helping us out with that. In the “What You’ll Do” section, this job ad for a Marketing Copywriter specifically says, “The marketing department continues to build out its team in order to maintain and expand its ability to support Rocket League’s ongoing initiatives, as well [as] future Psyonix projects including Rocket League: Sideswipe and Rocket League’s move to UE5.”

Since this tweet was also posted in a Reddit thread, Psyonix Community Manager, Devin Connors, posted this as a response: “Upgrading the technology that powers Rocket League, including a move to UE5, is something we are actively working on. This is a long-term project for us, and we'll share more details when we're ready to show our players what's coming next.”

It wasn’t really made clear how long “long-term” would actually be, but we can expect not to see Rocket League in Unreal Engine 5 any time this year and possibly not the year after. However, it is at least exciting that the game is making the jump, as this will bring with it some improvements, too.

In other Rocket League news, Ratchet & Clank has just been added to the game in a recent, free DLC. This included the Ratchet & Clank Punk Decal for Octane, Negatron Collider Boost, Clank Balloon Topper, and Ratchet Balloon Topper. In addition to these, we also got Video Quality mode for Rocket League on the PS5, which includes both a Performance mode and Quality mode that offer different experiences. For example, while the Quality mode includes 4K resolution at 60 FPS with HDR, the Performance mode runs at 2688×1512 resolution (70% of full 4K) at 120 FPS with HDR, so you can get different benefits out of both.