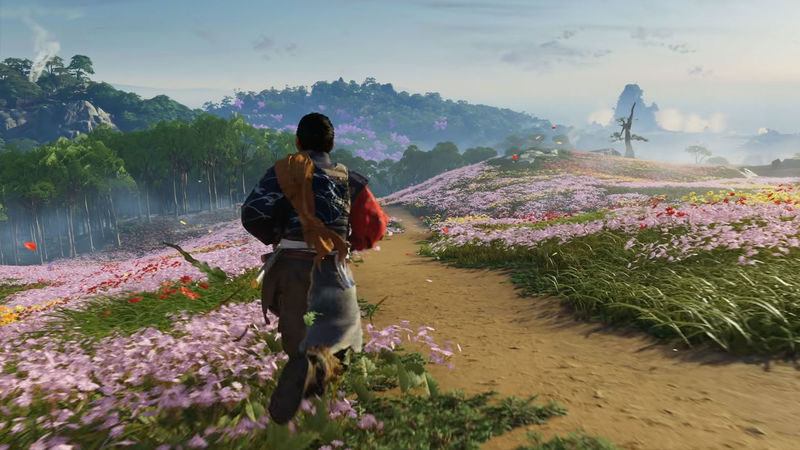 As expected, Ghost of Tsushima is a game filled with Easter eggs, hidden throughout its expansive take on the Island of Tsushima. Fans discovered a hidden shrine with a desk that had a bunch of curious items scattered about it. In fact, the desk contained references to plenty of other PlayStation titles like Gran Turismo, Ratchet and Clank, and even Shadow of the Colossus. However, the newest expansion also hides a pretty cool secret related to Sony Santa Monica's God of War franchise.

Fans of Ghost of Tsushima have managed to come across the mysterious Shrine of Ash on Iki Island north of Yahata Forest. Upon closer inspection, the shrine features an axe stuck in the side of a birch tree with a golden handprint on the side of the trunk, a clear nod to the 2018 God of War game. While the shrine also features a scroll retelling the tale of Kratos and Atreus, it also includes a puzzle that unlocks a pretty cool reward for those who complete it.


After equipping the Sakai Clan Armor and taking out the sword, a cutscene will show Jin being covered in ash, ultimately unlocking the God of War themed set of armor. This includes the Helm of War, Spartan Mask, and the Ghost of Sparta dye which is predominantly white with red markings reminiscent of Kratos. The gear also features a number of small details such as chains around the wristsd and forearms, intended to appear like Kratos' Blades of Chaos. In fact, players may have already seen this armor as the God of War inspired armor was originally added to the multiplayer Legends mode, though this is the first time it is available inside the single player game.

The response to Ghost of Tsushima has been incredibly positive from players critics and even those who are actually living on Tsushima Island. Not only has the game's popularity helped crowdfund repairs to the the Watatsumi Shrine after a Typhoon caused damage, Tsushima mayor Hiroki Hitakatsu made game director Nate Fox and creative director Jason Connell permanent Tourism Ambassadors. Now, with the Iki Island expansion, players will get to continue exploring the region and the Iki Archipelago.

Ghost of Tsushima is available for PS4 and PS5.