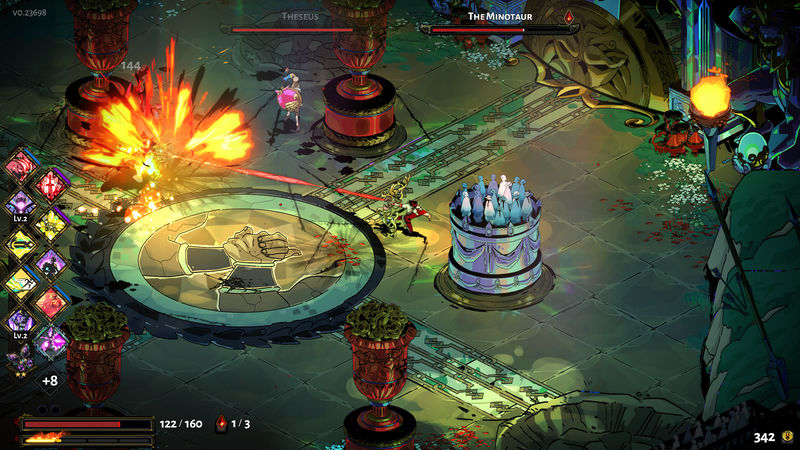 4
Hades is now the highest-rated game available to play on Xbox Series X and PS5 consoles.

Having only been released for Microsoft and Sony's consoles a week ago, Hades has shot to the top of the best-ranked charts for both next-gen consoles, standing at 94 and 93 on Xbox Series X and PS5 respectively.

At the time of writing, in PS5's case, Hades sits just one point above its nearest rival – Demon's Souls, which ranks 92/100 – and Borderlands 3, which scores an aggregate rank of 91. For Xbox Series X, it sneaks in two points above Ori and the Will of the Wisps which stands at 92, and Microsoft Flight Simulator's 90 by 4 points.

It's an impressive feat for Supergiant Games, beating out considerable competition from hundreds of other titles – not bad for an indie game that was originally only released on PC and Nintendo Switch before securing a clutch of awards since its release (thanks, TwistedVoxel).

In case you wondered, no, it doesn't top the Switch chart; that honor goes to The House in Fata Morgana - Dreams of the Revenants Edition with a Metacritic score of 98. On its heels are The Legend of Zelda: Breath of the Wild, and Super Mario Odyssey, both of which sit at 97. The highest Metacritic ranked game on PC is Disco Elysium: The Final Cut.