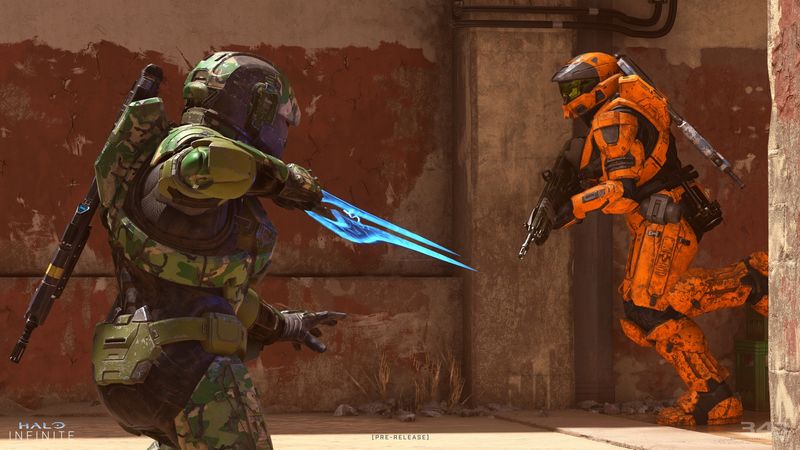 4
Microsoft and 343 Industries announced at E3 in June that Halo Infinite would launch this Holiday, and Xbox boss Phil Spencer said not long afterward that the shooter’s development team remains committed to that launch window. Well, we’re nearing the end of August now, and a release date is yet to be announced- so should fans be worried? Well, apparently not.

Speaking during the Halo Infinite development update for August, in the midst of a conversation about campaign co-op and Forge not being in the game at launch, head of creative Joseph Staten and community director Brian Jarrard took a minute to acknowledge that though the game’s exact launch date hasn’t yet been confirmed, it’s definitely still planned for Holiday 2021. 343 Industries and Microsoft are currently hashing out some final details, it seems, and a release date, according to Staten and Jarrard, will be announced very soon.

“I do want to acknowledge, it’s a little awkward we’re talking about things that are in for launch, and frankly, we don’t have an official public launch date yet,” Jarrard said. “But I did want to just reconfirm, and as we heard Phil Spencer, he made a reference recently- this game is definitely [coming this Holiday], we’re committed to releasing this Holiday. And we’re pretty close, I think- we’re just working through some details right now on kind of what that real date is.”

Staten added: “That is absolutely correct. We’re 100% committed to releasing this Holiday, both campaign and our first season of free-to-play multiplayer. We just have to work through a couple more details, and we’ll be talking about our actual release date very soon.”

How soon “very soon” will be remains to be seen, though it’s worth noting that Xbox has a Gamescom show scheduled for August 24. It’s possible that a release date for Halo Infinite could be announced then. Some rumours have suggested that the launch could come in mid-November.

Either way, it seems like Halo Infinite is definitely launching before this year is out (or almost definitely, if nothing else), so fans can rest easy.