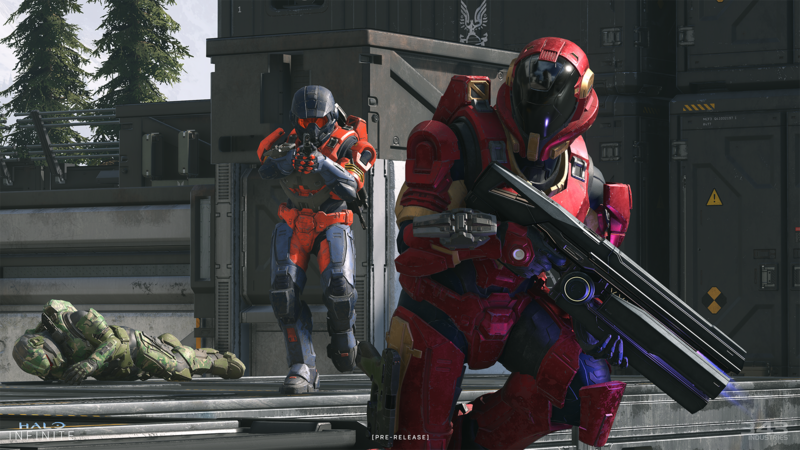 3.8
343 Industries announced this week that it would be delaying the addition of campaign co-op to Halo Infinite when the full game releases later this year. While this omission was one that bothered fans, 343 promised that co-op would still be coming a few months after release. Sadly, this wasn't the only feature for Halo Infinite that was revealed to have been delayed, with another longtime component of the Halo series not coming until much later in 2022.

Specifically, that second feature that will be lacking in Halo Infinite at release is Forge. For those who don't know what Forge is, it's essentially a creator tool within Halo Infinite that allows players to construct their own unique maps, game modes, and other features. Forge has been a massive part of the Halo series dating back to Halo 3, so for it to be cut out here at the launch of Infinite is something that hasn't sat well with many.

As for when Forge could be arriving, 343 Industries said that it's currently planning to bring in this aspect in Season 3 of Halo Infinite. For now, Seasons are planned to last about three months in total for the game. This means that Forge should be expected to show up in Halo Infinite roughly six months after it finally hits store shelves, meaning that a release in mid-2022 seems likely.

While all of this is somewhat disappointing, 343 did also continue to state this week that Halo Infinite is very much on track to launch before the end of the year. Although this release will come at the cost of these aforementioned features that have been delayed, after originally being pushed back from its 2020 launch window, I'm sure that many fans will be more than happy to play Halo Infinite in any capacity in the coming months.

For now, Halo Infinite still only has a broad "Holiday 2021" release window. Whenever it does drop, it will be releasing on Xbox Series X, Xbox One, and PC.